Are you a recent victim of a car accident? Not sure where to turn to for legal representation? Worry no more, with LegalFinders hassle-free service, take advantage of their resources to connect you to some of the best lawyers in the State of Alaska. 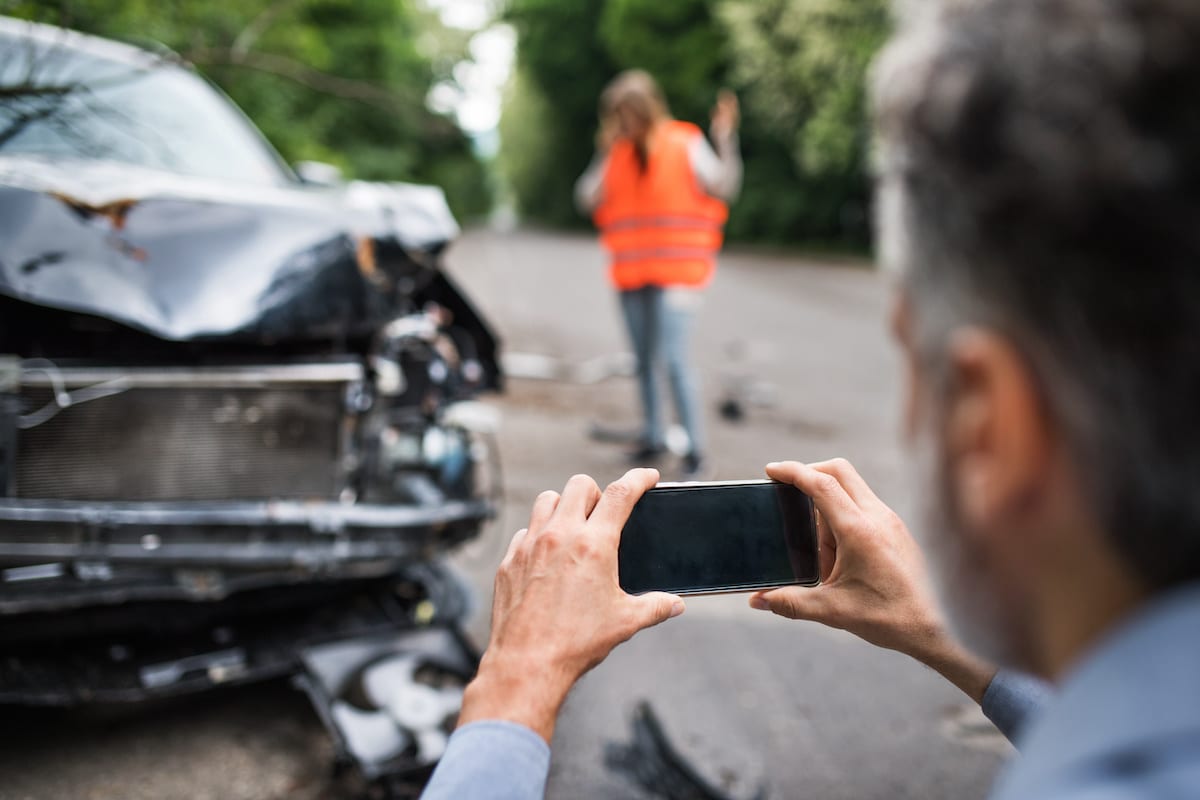 Offering the best car accident attorney referrals in the State of Alaska.

In 2011 the State of Alaska, with the help of the Federal Highway Administration of the U.S. Department of Transportation determined there were a total of  31,827 people involved in traffic crashes in 2011. There was a 1.4 percent increase in traffic crashes recorded for 2011. The number of fatal crashes increased by nineteen percent since 2010.

The Alaska Department of Transportation and Public Facilities collected traffic crash data between the years 2000 and 2011. The data collected showed a stable trend in the severity of traffic crashes throughout the years. In 2011 alone, traffic crashes alone allotted for 4,785 injured and 71 Alaskan fatalities. There were, on average, 34 crashes per day and 1.4 crashes per hour. One person died on Alaska highways every 5.1 days.

Below you will find statistics reported from the Alaska Department of Transportation and Public Facilities for the year 2011.

The number of fatal crashes increased

Crashes with a motor vehicle

All accidents alcohol and/or drug-related

Don’t hesitate to contact LegalFinders today to get connected with a car accident attorney who can handle your claim.

While Alaska is home to some of the greatest natural beauties in the world, accessing them from the roads can be hazardous. Below is a list of the most dangerous highways in Alaska.

Below are questions frequently asked by people who have been in a car accident.

I’ve been in a car accident? What now?

You’ve been in a car accident and now you’re asking yourself what the next step is. Without a doubt, seek medical attention immediately. Whether you feel like you are injured or not, being seen by a medical professional can rule out any major injuries or traumas to your person. Also, make sure to take pictures of the accident site when filing your insurance claim.

Before filing a personal injury claim through your insurance company, make sure all the necessary documentation is gathered beforehand to ensure your claim is fully supported. Such documents will be medical records, police reports, testimonials, photos, or any other documents that will help in solidifying your personal injury claim. Don’t wait, get in contact with a personal injury lawyer for a free consultation about your car accident case today.

When it comes to injuries, most people are unaware they are even injured. A personal injury is defined as a physical or emotional pain that is inflicted on a person as a result of an accident. While suffering from personal injuries is common amongst car accident victims, they can become costly. Contact LegalFinders today, for they partner with experienced attorneys in your area in order to get you fair compensation. Call for a free consultation today.

According to the Center for Disease Control (CDC), the State of Alaska contributed $105 million towards traffic crash deaths in 2018 alone. Make sure to claim all your medical bills and any other injury-related expenses with your insurance company in order to receive the compensation you deserve.

What are some common personal injuries after a car accident?

A personal injury can result in all kinds of serious injuries or traumas. Some common personal injuries individuals can suffer from due to an automobile accident are:

What if I don’t feel hurt?

Being in a car accident can be scary, and it is always important to get examined by a medical professional even if you do not feel injured. Certain injuries can take a few days to appear, so it’s always safe to seek medical care immediately following an automobile accident to rule out any major trauma and prevent further injury. This is also one way to ensure all injuries are documented after an accident.

When meeting with your personal injury attorney, it is pertinent you bring all medical documentation and police reports from your motor vehicle accident. Don’t allow yourself to live in constant pain, make a change and contact LegalFinders today. They’ll connect you with top-rated North Dakota car accident lawyers who can assist with your claim.

How do I know who is at fault?

When determining fault, it all comes down to whether or not the state the accident occurred in follows an “at-fault” system. What does this mean? In an at-fault state, the person responsible for paying all damages in a car wreck is the faulty party that caused the car accident. In a no-fault state, both insurance companies work together to ensure claims are paid regardless of who caused the accident.

As Alaska is an “at-fault” state, it’s typical the at-fault driver’s insurance company will cover any financial losses for the accident. There are three ways one can proceed in the State of Alaska after being injured in an automobile accident:

In no-fault car insurance states, claimants don’t have this same range of options. If you’re injured in a car accident in a no-fault state, you must turn to the personal injury protection coverage of your own car insurance policy for the payment of medical bills and other out-of-pocket losses, regardless of who caused the accident.

So it’s important to get in touch with a car accident lawyer in your state, like the ones we help you find at LegalFinders.

What if I’m partly at fault?

Here are some actions to consider where you could find yourself partially at fault: driving without headlights, running a red light,  or you were texting. Car accident law can be confusing and you need a lawyer with knowledge and experience in the area where you drive.

What if I live in a no-fault state?

When residing in a no-fault state, your insurance company will work with the other driver’s insurance to pay all claims. Bear in mind this process may take a bit longer, causing your insurance rates to increase.

If your insurance company fails to provide fair compensation for medical bills and/or property damage, speak with a car accident attorney today. At LegalFinders, we’ll connect you with the best personal injury attorney to handle your car accident claim. Call today.

When do I contact a personal injury attorney after an accident?

Unsure of when to seek legal advice? The best time to contact a personal injury attorney is immediately following your accident. Don’t fall prey to insurance companies underpaying you the compensation you deserve. If you’ve received a settlement offer from your insurance company that doesn’t meet the needs of your medical bills, property damage, and other recoverable, contact LegalFinders to get connected to a car accident attorney, right away.

What is the statute of limitations on personal injury?

When it comes to filing a lawsuit after an accident, each state has a statute of limitations timeline. This refers to the time by which you must file a lawsuit after the date the accident has occurred. The statute of limitations can vary depending on the type of injuries you have suffered and/or the kind of claim you plan on filing. You are legally required to notify your insurance company of an incident if it occurs and could possibly trigger a claim within a “reasonable” timeframe of when the crash took place. This usually means no longer than a few weeks after the accident, ideally a few days afterward.

If you are approaching the two-year deadline for your accident, contact LegalFinders today and they will help in connecting you with a skilled personal injury lawyer in Anchorage. Get your free consultation today!

How do I choose a personal injury attorney?

When choosing a personal injury lawyer, you want to choose one who is familiar with your state’s laws and has experience with similar cases like yours. Using LegalFinders makes the process of choosing an attorney easy. We vet car accident attorneys to make sure they have personal injury experience and can process your claim. It’s one less thing to worry about when you’ve got the stress of an accident on your mind.

LegalFinders takes the stress out of starting your car accident claim by doing the research for you.

When we put you in touch with the best attorney to handle your personal injury claim, you’ll feel better knowing you are in good hands, connected with a vetted and successful personal injury firm.

No matter what insurance company you have or what level of coverage, LegalFinders will help support your legal needs through our network of experienced attorneys. Even if you don’t have insurance, if you’ve been in a car accident due to someone else’s negligence, we want to help you find an attorney for your situation.

Drunk driving accidents, truck accident, motorcycle accidents and car accidents, insured or uninsured, if you’re a motorist in Alaska let LegalFinders connect you and your loved ones with an auto accident attorney who has your personal injury case at top of mind. Contact us today.

On Page TopicsOffering the best car accident attorney referrals in the State of Alaska.Alaska Car Crash StatisticsAlaska’s Most Dangerous RoadwaysFAQsLegalFinders takes the stress out of starting your car accident claim by doing the research for you.