Are you a recent victim of a car accident? In search of a Vermont car accident lawyer and unsure where to turn? No worries, LegalFinders is here to make the process of filing a personal injury claim easy. From property damage to medical malpractice, contact LegalFinders today and expert legal advice about Vermont Law. 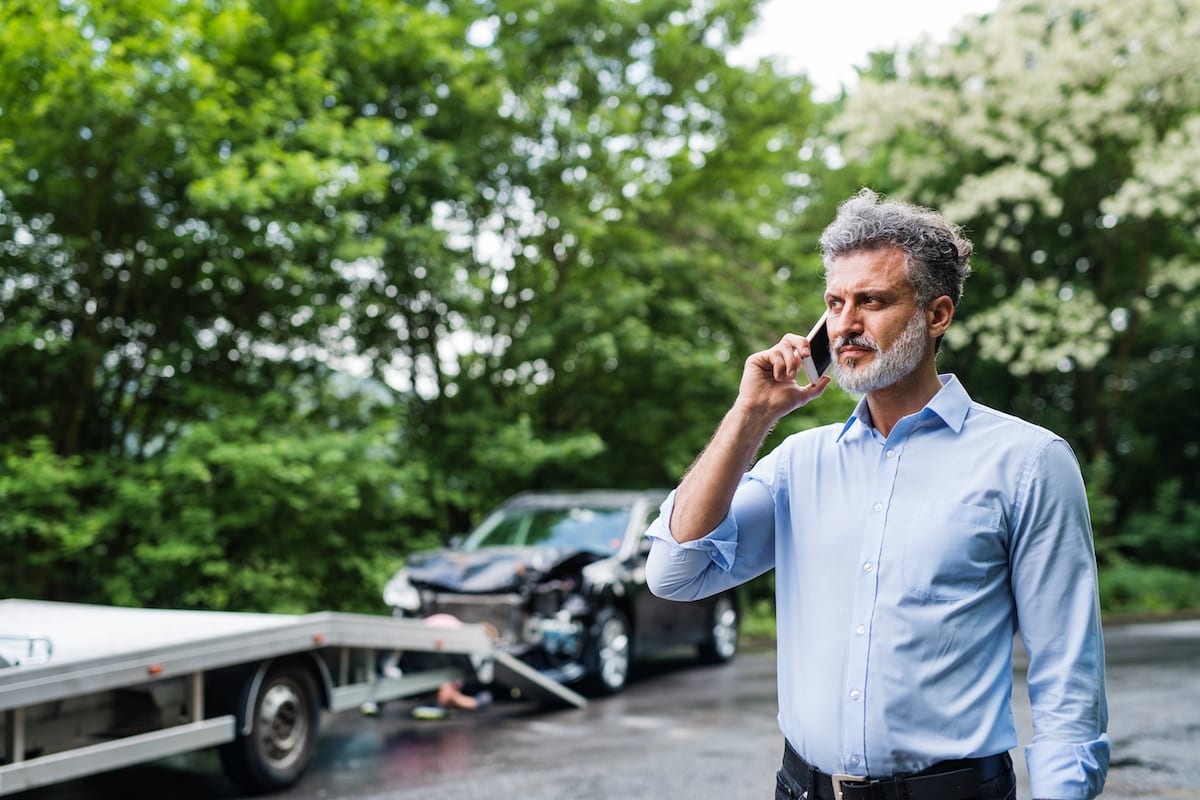 Even though theoretically fewer drivers have been on the road because of the pandemic, it hasn’t stopped the number of car accident fatalities from rising. The state tracks the “typical” crash, in which one vehicle hits another, or an object, and other crashes that take place on public highways. That could include ATVs and snowmobiles, pedestrians, or bicyclists.

The Vermont Highway Safety Office compiles data each year regarding traffic accidents. Below are just a few of the statistics from Vermont’s 2020 annual report regarding car accidents:

Don’t hesitate to contact LegalFinders today to get connected with a car accident attorney who can handle your claim.

Below is a list of the most dangerous highways to travel among Vermont:

Below are questions frequently asked by people who have been in a car accident.

I’ve Been In A Car Accident? What Now?

Having been in a motor vehicle accident can certainly be a shock to anyone’s system. It’s of the utmost importance to see medical attention following a car accident. Not only is it the smart thing to do, but certain injuries can also take up to a few days to appear. Regardless of whether you feel injured or not, being seen by a medical professional can rule out any major injuries or trauma. Also, make sure to take pictures of the accident site when filing your insurance claim.

Before filing your accident claim with your insurance company, gather all necessary documentation ahead of time to ensure your claim will be fully supported. Such documents will consist of medical records, police reports, testimonials, photos, or any other documents that will help in solidifying your personal injury claim. Don’t wait, get in contact with a personal injury lawyer for a free consultation about your car accident case today.

Unsure whether you sustained a personal injury? A personal injury is classified as a physical or emotional pain that is inflicted on a person as a result of an accident. More often than not, you will experience some form of personal injury after being in an auto accident. It’s no secret that personal injuries can be costly. From the never-ending medical bills, extensive recovery times, property damage, and time off work. Contact LegalFinders today, for they partner with experienced attorneys in your area in order to get you fair compensation. Call for a free consultation today.

Not only are personal injuries a guarantee, so is property damage. In 2018, the Center for Disease Control (CDC), reported a total of $99.3 million in traffic crash deaths for the state of Vermont. Make sure to claim all your medical bills and any other injury-related expenses with your insurance company in order to receive the compensation you deserve.

What Are Some Common Personal Injuries After A Car Accident?

A personal injury can result in all kinds of serious injuries or traumas. Some common personal injuries individuals can suffer from due to an automobile accident are:

What If I Don’t Feel Hurt?

It’s okay if you don’t feel hurt or injured after being in a car wreck. However, still seek medical care immediately from a medical professional to rule out any major trauma and help prevent potential injury. This is also one way to ensure all injuries are documented after an accident.

When meeting with an experienced Vermont personal injury attorney, make sure you have gathered all pertinent documentation such as medical bills and police reports. Don’t allow yourself to live in constant pain, make a change and contact LegalFinders today. They’ll help you get a free consultation with the top-car accident lawyers Burlington has to offer.

How Do I Know Who Is At-Fault?

This means the driver responsible for the accident uses their insurance to pay for the other driver’s expenses from the collision. The police and insurance companies use all available evidence in deciding who is at fault for the accident. This is why it’s important to keep documentation of everything. Then the at-fault driver’s insurance pays to cover the other driver’s damages. Depending on their coverage, they might have insurance for their own damages, too.

In a “tort” state, medical coverage only gets paid out after fault has been determined. Which means a longer waiting period and more legal hoops to jump through before fault is decided and a driver can get reimbursed for medical expenses. This type of system has other implications for drivers, too, including some that vary by state due to nuances in local car insurance laws.

What If I’m Partly At-Fault?

The only time you really need to worry about being partly at fault is if the accident occurs in an at-fault state. Under certain circumstances, you could be held partially responsible for the car accident. In this case, the fault will be split between the multiple drivers involved in the auto accident. Being partially at fault will result in deeming both parties partly at fault for the motor vehicle accident instead of having the fault rest on one sole driver.

Certain actions to consider where you could find yourself partially at fault are: driving without headlights, running a red light,  or you were texting. Car accident law can be confusing and you need a lawyer with knowledge and experience in the area where you drive.

What If I Live In A No-Fault State?

When living in a no-fault state, your insurance company will work with all insurers involved to pay all claims, regardless. Don’t be alarmed if your insurance rate increases, for this process may take longer.

Is your insurance company failing to provide fair compensation for medical bills and/or property damage? Use LegalFinders to connect with a car accident attorney today. At LegalFinders, we’ll connect you with the best personal injury attorney to handle your car accident claim. Call today.

When Do I Contact A Personal Injury Attorney After An Accident?

Not sure when you should contact a personal injury attorney? The absolute best time to seek legal advice is right after the accident has occurred. If you’ve received a settlement offer from your insurance company that doesn’t meet the needs of your medical bills, property damage, and other recoverable, contact LegalFinders to get connected to a car accident attorney, right away. Remember, there’s a statute of limitations on accident claims, so call today for your free consultation.

What Is The Statute Of Limitations On Personal Injury?

When it comes to the statute of limitations, it varies for each state.  It refers to the amount of time the injured party has to file a claim from the time of the accident. In the state of Vermont, the specific statute of limitations for a vehicle accident depends on whether the crash resulted in wrongful death, personal injury, or vehicle/property damage.

For the average car accident lawsuit involving personal injuries and vehicle/property damage, the statute of limitations is three years from the date of the accident. This includes any claims made by a driver, passenger, motorcyclist, bicyclist, or pedestrian. However, in case of wrongful death as a result of the accident, the deceased person’s family has two years from the date of the person’s death to file a claim.

How Do I Choose A Personal Injury Attorney?

Be aware, every state is different in its car/traffic accident laws. So when choosing an attorney, keep in mind you want to choose one who is familiar with your state’s laws and has experience with similar cases.

Using LegalFinders makes the process of choosing an attorney easy. We vet car accident attorneys to make sure they have personal injury experience and can process your claim. It’s one less thing to worry about when you’ve got the stress of an accident on your mind.

LegalFinders Alleviates The Stress Of Getting These Answers, And Others, By Doing The Search Work For You

After being put in touch with the best attorney to handle your personal injury claim, you’ll feel at ease knowing you are in good hands.

No matter what insurance company you have or what level of coverage, LegalFinders will help support your legal needs through our network of experienced attorneys. Even if you don’t have insurance, if you’ve been in a car accident due to someone else’s negligence, we want to help you find an attorney for your situation.

On Page TopicsOffering The Best Car Accident Attorney Referrals In The State Of VermontVermont Car Crash StatisticsVermont’s Most Dangerous RoadwaysFAQsLegalFinders Alleviates The Stress Of Getting These Answers, And Others, By Doing The Search Work For You