Riding a motorcycle can be an incredibly adventurous and lively experience. For many, it’s an indescribable passion, a hobby and a way of life. However, this sense of adrenaline can come with a price. Naturally, motorcycle riding is significantly more dangerous than traditional modes of transportation, and some states and areas can be more dangerous for bikers than others. In fact, riding a motorcycle has never been more deadly, with 2020 seeing the most number of motorcycle deaths ever recorded. Learn more about motorcycle riding in Montana, how to stay safe, and what to do in the event of an accident while venturing on the open road. 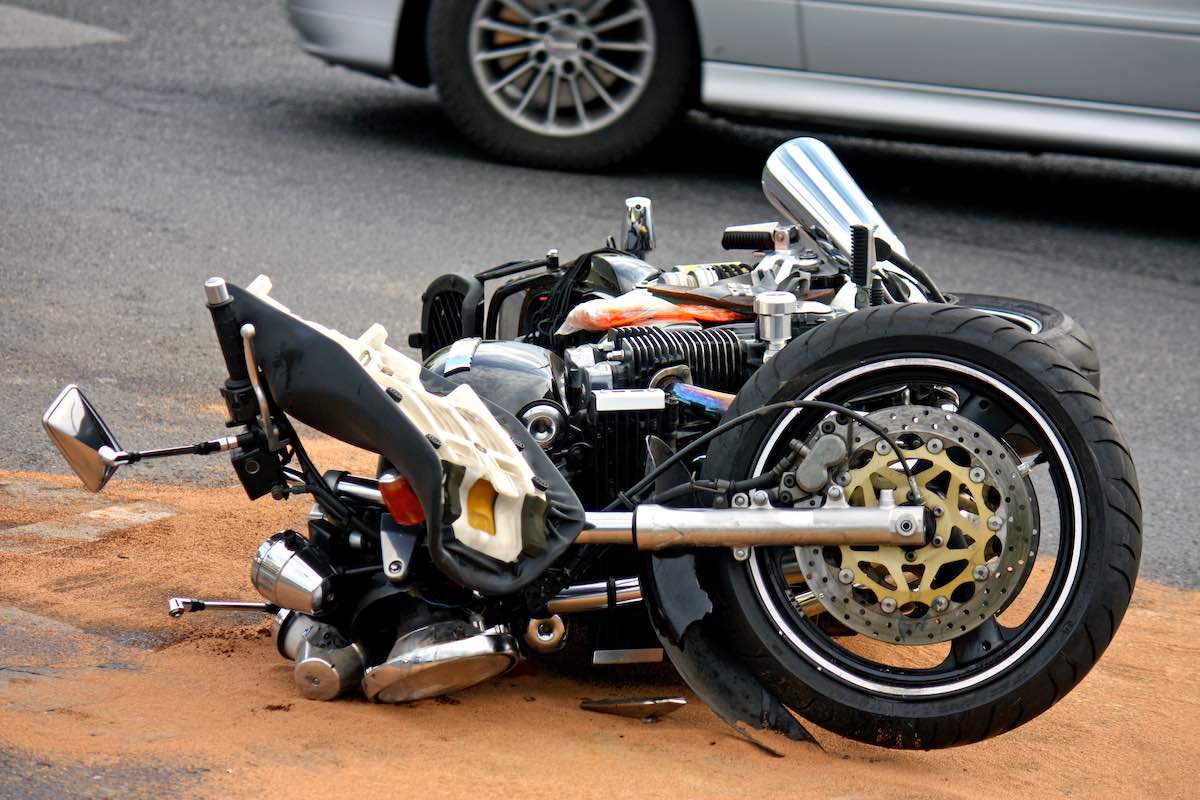 Offers the Most Reliable Motorcycle Accident Attorney Network in the State of Montana.

In October 2021, a new Montana law was established to allow motorcycle drivers to pass vehicles traveling less than 10 miles per hour in traffic congestion, which is also known as lane-splitting. Montana is one of three states to make this legal, also including California and Utah. While this new law can limit traffic build up, it may pose more of a risk for motorcyclists. Drivers may not notice bikers alongside them, or they may have poor visibility under certain conditions which can cause collisions and side swiping.

While riding a motorcycle may be exciting, it can be incredibly dangerous especially in the state of Montana. Despite not having a lot of largely populated urban areas, Montana is still one of the most dangerous states to drive in, especially on a motorcycle.

Below, you’ll find some startling statistics about motorcycle accidents and fatalities in the state of Montana.

Montana lower rate of seatbelt use

compared to the national average of 87 percent

The age of riders and number of fatalities

in the state in the past two decades

Motorcycle accident fatalities in the US

Motorcyclists killed in Montana in 2019

were not wearing a helmet

Despite having few populated urban areas, Montana is considered one of the most dangerous states to drive in. In fact, according to the National Highway Traffic Safety Administration the Montana stretch of I-90 is considered one of the most dangerous roads in the United States based on drunk driving statistics. Drivers in rural areas are more likely to drive under the influence of drugs or alcohol, and also have less access to public transportation which can take intoxicated drivers off the road.

On rural Montana roads, other drivers aren’t the only factors that can put motorcyclists at risk. Deer, elk, moose and bears can appear seemingly out of nowhere and pose a huge threat to drivers, especially motorcyclists. With little to no barrier between motorcyclists and wildlife, it’s no wonder that there were 3,000 wildlife-related car accidents reported in Montana in the year 2015. Additionally, harsh weather conditions can be a major risk factor for Montana bikers, with ice, strong winds and sharp twists and turns just to name a few. Below are some of the most dangerous roads in Montana, based on weather conditions, wildlife, drunk driving statistics and more.

I was in a motorcycle accident. What are my next steps?

If you have been injured in a motorcycle accident, call law enforcement as soon as possible. Once police arrive at the scene of the accident, they will be able to determine the cause of the accident as well as the party at fault so both parties can move forward with next steps. Police may also determine that there is no at-fault party, especially if the accident was caused by an animal or poor weather conditions.

After police arrive, be sure to seek medical treatment as soon as possible. Often, police will ensure medical professionals arrive on the scene to evaluate all parties involved in the crash and check for serious injuries. Many parties who are injured in a motorcycle accident do not notice their injuries until well after the fact, as some injuries such as whiplash may not reveal themselves until a few days later. Given the likelihood and seriousness of head injuries, it’s crucial that you are seen by a medical professional as soon as possible to prevent your injuries from progressing. Getting medical treatment immediately will also be important for your insurance company, as you will need to prove your injuries were caused by the accident.

How can I protect myself from becoming hurt in a motorcycle crash?

Motorcycle accidents are incredibly tragic events. Learn how you can protect yourself, your friends and family members by advocating for the following safety measures before getting on the bike.

What is the statute of limitations in Montana?

The statute of limitations is three years in the state of Montana. This requires all serious injuries and injury claims to be reported within three years under tort law. There are a few exceptions to this. If a victim or injured party is a minor, the statute of limitations does not begin until that individual turns 18, therefore extending the statute of limitations. Under Montana law, victims of car accidents and motorcycle accidents have three years to seek legal action against the at-fault driver. This can include filing a lawsuit to receive compensation for property damage, lost wages, medical bills and pain and suffering. To file for damaged property, you must file within two years of the incident.

What qualifies as a personal injury?

Injuries that are sustained through an automobile or motorcycle accident are considered to be personal injuries. Personal injuries can range in severity, and some injuries may not present themselves until later on in the victim’s life, which is why it’s important to be seen by a medical professional as soon as possible after an accident. Severe injuries can not only be an expensive and lengthy ordeal in terms of medical expenses, but they can also be life-altering and cause long term pain and suffering and in the worst case scenarios — wrongful death. If you are a victim of a personal injury caused by a motorcycle accident or other accident, it’s crucial to seek legal advice immediately.

What are some common injuries associated with motorcycle accidents?

Bikers and motorcyclists can experience a range of different personal injuries after suffering an accident. Learn more about just some of the serious injuries motorcyclists may endure when in an accident caused by a negligent driver.

Is Montana an at-fault state?

Montana is considered a tort state, otherwise known as an at-fault state. In the United States, this is common in terms of liability law. A tort state essentially means that at-fault drivers or motorcyclists are required to pay for the other driver or victim’s medical expenses or other damages like loss of property, pain and suffering and more. In Montana, most insurance policies include no fault medical payment coverage, which is also known as “med pay.” This can also be referred to as personal injury protection, or “PIP.” Essentially, PIP is an optional coverage that helps pay for medical expenses regardless of who is at fault.

If both parties are considered at fault in the motorcycle accident, Montana considers the modified comparative negligence rule. For both parties, this means that if your actions contributed to your injury, it will impact how much fair compensation you can receive to cover medical expenses.

How do I find a personal injury attorney?

When the worst happens, you want the best possible legal advice. The best legal advice comes from experienced lawyers with a proven track record. You deserve to find a personal injury attorney that has seen success with winning personal injury cases time and time again.

It’s important to also find a lawyer who is not only familiar, but well-versed with the nuances and complexities of Montana’s specific motorcycle, transit and personal injury laws. Finding the right legal representation can be incredibly overwhelming. Luckily, LegalFinders can provide you with a free case consultation and educate you on how to proceed, so you can focus on the most important thing — healing.

LegalFinders can help put you at ease with experienced, trustworthy personal injury attorneys.

Experiencing an accident of any kind or severity can be an incredibly traumatic ordeal, an ordeal that can leave you with dozens of questions. The right legal representation matters, which is why we work with subject matter experts who are backed by years of satisfied client testimonials. LegalFinders ensures you are never alone through every step of the healing process by connecting you with the best personal injury attorneys in your area to represent you and your family. We take our attorney-client relationships seriously so you feel supported and informed throughout the claims process.

Staggering medical bills should be the least of your worries after suffering through a motorcycle accident. Let us take it from here to make sure you receive the fair compensation you deserve. Call for your free consultation and case evaluation with our team today.

On Page TopicsOffers the Most Reliable Motorcycle Accident Attorney Network in the State of Montana.Montana Motorcycle Crash StatisticsDangerous Montana RoadwaysFAQsLegalFinders can help put you at ease with experienced, trustworthy personal injury attorneys.