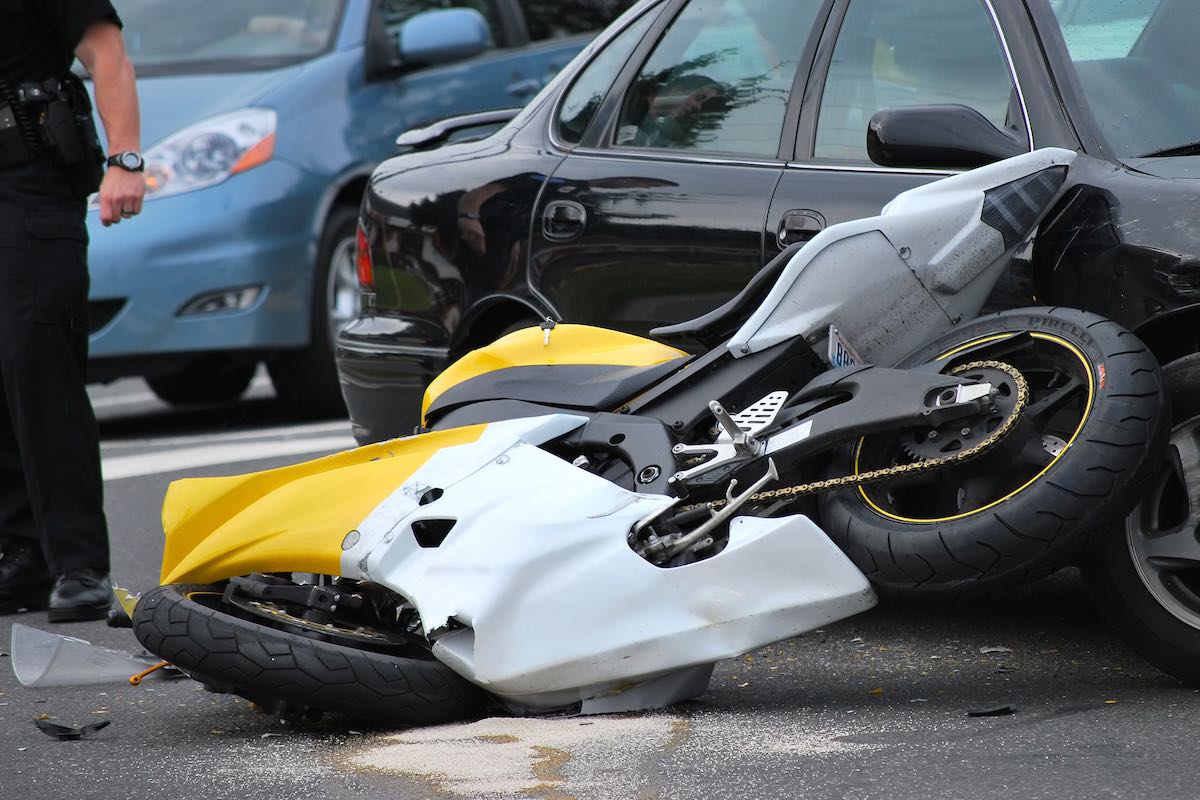 Cars, trucks, and motorcycles are just some motor vehicles that can be involved in a car crash. One of the most vulnerable vehicle types are motorcycles. When you live in Nebraska and operate a motorcycle, you must understand the dangers you can face on a daily basis. Whether you live in rural areas or more urban communities, a motorcycle accident could happen to you. The Nebraska Department of Transportation (NDOT) reported in 2020 that 81% of Nebraskans wore their seat belts –and most fatal accidents involved riders or passengers not wearing seatbelts.

The number of registered bikers in the state of Nebraska has declined significantly over the last decade. You may assume that this means the rate of fatal crashes would decrease or that crashes wouldn’t happen anymore but that is not the case. The NDOT reported that in 2020, despite the decline in registered motorcycles, 447 motorcycle accidents and 34 fatalities occurred. Even in the state of Nebraska, where less people operate motorcycles, there are a high number of motorcycle accidents and crashes. Motorcycle wrecks cannot be avoided by anyone no matter if you live in Omaha, Lincoln or any other place in Nebraska.

When you view motorcycle accident statistics it helps you see why it is important to seek medical attention and contact a personal injury lawyer after a motorcycle crash. It was reported that throughout the United States, motorcycles were 3% of all registered vehicles throughout the country. Even though that may seem like a small sum, that 3% is equal to millions of motorcyclists. Nebraska has one of the lowest number of registrations for motorcycles, but still has a high number of accidents. If you are a motorcyclist in the state of Nebraska, here is the 2020 data that shows the days and times roads may be most dangerous for you:

You don’t want to become another fatality on the roadways of Nebraska or in Omaha and Lincoln. Let LegalFinders be on your side and connect you with a Nebraska car accident attorney. Call today to schedule a free consultation with a Nebraska personal injury lawyer.

The roads are a busy and sometimes unsafe place for motorcyclists. Take the time to be prepared for experiencing a motorcycle crash. If you have already experienced a motorcycle accident in the state of Nebraska including areas such as Omaha and Lincoln, reach out to LegalFinders today!

I Was In A Motorcycle Accident. What Are My Next Steps?

Getting medical attention is the first priority after a motorcycle accident. Following that, the priority is seeking legal advice from a qualified Nebraska motorcycle accident attorney. The personal injury lawyer that you retain for your case will navigate any barriers to your compensation including communicating with difficult insurance companies. Even if you are wearing protective gear such as a helmet, operating a motorcycle makes you vulnerable. If you are in a motorcycle accident immediately seek medical treatment.

How Can I Protect Myself From Becoming Hurt In A Motorcycle Crash?

Advocate for the following safety measures before you or a loved one gets on a motorcycle. You’ll be protecting yourself and others from a tragic event.

What Is The Statute Of Limitations In Nebraska?

What Qualifies As A Personal Injury?

In the context of a motorcycle accident, a personal injury happens when there are persons operating a motorcycle on the roadways and due to negligence or some other uncontrolled factor there is a crash that leads to serious injuries. A person that experiences a personal injury will be impacted significantly, in both their physical and financial lives. Some problems that can arise include medical bills, health issues and even the death of a loved one. The severity of the accident or your injuries is irrelevant as any injury as the result of a crash is considered a personal injury.

What Are Some Common Injuries Associated With Motorcycle Accidents?

Your routine could be interrupted due to a Nebraska motorcycle accident, alter your daily life for the long or short term. Your accident could be the result of a hit-and-run or a drunk driver. Some personal injuries you may experience as an accident victim are:

Is Nebraska An At-Fault State?

Nebraska is an at-fault state, also known as a tort state. It follows the law of comparative negligence. This means that all parties involved in the motorcycle accident have to pay a percentage of the damages based on how much each party is determined to be at-fault. No matter what, drivers are required to have liability insurance.

If you live in a no-fault state, you would be responsible for dealing directly with your insurance company after an accident to file a claim but you will deal with the at-fault driver’s insurance company for compensation. If you’re hit by a driver who is uninsured a personal injury attorney can evaluate your case and give sound legal advice.

How Do I Find A Personal Injury Attorney?

It is important to have a motorcycle accident attorney that is qualified in personal injury law. You can do your own research or use a recommendation service like LegalFinders. Go through LegalFinders to find a local, top of the line personal injury attorney. At the free consultation we can provide, make sure to ask questions so that you understand the way the law affects your case. A personal injury attorney from Nebraska will learn the details of your personal injury case and know the local laws that shape a claim. The clients that have worked with a law firm can make statements on the quality of legal representation they received from the personal injury law firm you choose. Seek legal advice from a law firm with a proven record of winning cases and that has a good reputation in your area of Nebraska like Omaha or Lincoln.

Insurance or no insurance, serious or minor injuries, at fault or if you are the victim of a motorcycle accident, you deserve quality legal representation. Connect with LegalFinders today! The team is there to support you in looking for a personal injury law firm. Motorcyclists are vulnerable on the roadways and it can lead to motorcycle accidents.

Deadliest highway in every state