If you’ve been in a motorcycle accident in North Dakota you may be overwhelmed and concerned about your next steps. LegalFinders makes the process of finding a North Dakota motorcycle accident attorney easy and increases your likelihood of a successful claim settlement. Contacting LegalFinders will secure you a free case consultation with a personal injury lawyer who can walk you through every step of the claims process. 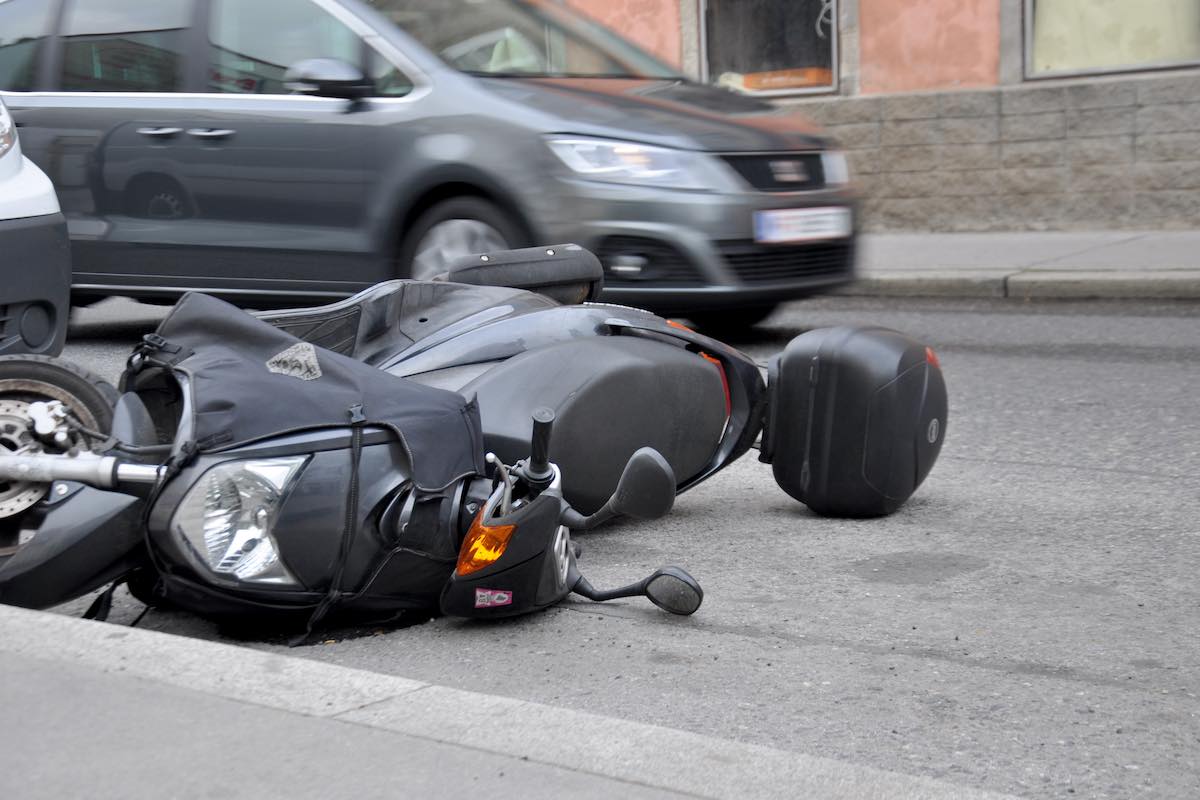 According to the North Dakota State Government’s Vision Zero strategy statistics, in 2019 85% of motorcycle accidents resulted in injury and/or death.

The roads in North Dakota can be treacherous for motorcyclists and lead to serious injury.

The focus of North Dakota attorneys has shifted to motorcycle accidents because of the great number of cases that have arisen.

To combat what they consider a threat to their own interests, insurance providers attempt to reduce compensation or deny claims outright for motorcycle injury victims who have suffered losses such as property damage and other expenses. Insurance companies are in the midst of a backlog of claims so reviewing yours could take anywhere from a few weeks to several months.

LegalFinders has an extensive network of trustworthy North Dakota legal representatives that we can connect with you or a loved one. The motorcycle accident attorneys we can recommend to you are experienced and fight for your fair treatment and adequate compensation for medical bills related to your car accident claim.

The below are motorcycle accident statistics according to the North Dakota Department of Transportation:

People suffered serious injuries as a result of a crash

84 of which were fatal crashes

Crashes that resulted in property damage

A majority of crash fatalities occurred in January or August

A majority of crash fatalities occurred in May

The highest number of crashes on a holiday occurred

People died over the past decades

as a result of a crash

Someone died in a crash

Most traffic fatalities occurred in July

Bicyclist was involved in a crash

Pedestrian was involved in a crash

North Dakota motorcycle accident victims tend to be scared, confused, and full of questions. At LegalFinders we work with you to answer any questions you may have so listed below are some of the most frequently asked ones:

What should I do after a motorcycle collision?

After a motorcycle crash accident it’s crucial that you contact the police. Police can identify the cause of the accident and who is at-fault when they arrive. It’s possible that there is no at-fault party to the accident and it can be the result of hazardous road conditions.

Seeking medical attention is your next step after contacting the police. Local authorities will most likely call paramedics who are responsible for attending to motorists and motorcyclists; they will often then send you to the hospital for further examination by a doctor. Though sometimes injuries seem minor, it is still important and should be a priority for you to visit the hospital to receive treatment. Shock often makes victims unaware of the true extent of their injuries and they go unnoticed until it wears off.

Whiplash could be an injury you suffer after a motorcycle crash and won’t appear immediately, often taking days or weeks to reveal itself. By receiving proper medical treatment you are avoiding the long term damage that can come from an exacerbated serious injury. Even better, when you get treated medically immediately after a crash your injuries are documented as being the result of the car crash and the reports can be submitted with your insurance claim.

Sustaining an injury and experiencing pain and suffering after a motorcycle or automotive collision means you’ve been affected by a personal injury.

A personal injury does not need to be severe in order to be considered a personal injury. It’s crucial that your injuries are examined by a medical professional or doctor.

Experiencing a personal injury changes a person’s day-to-day lifestyle. People’s lives consist of many factors that should be considered, such as the ability to provide for your family when it becomes impossible to partake in anything after a personal injury. All of these abilities and factors are taken into account by insurance providers when you file your claim.

What are examples of motorcycle accident injuries after a collision?

Accidents can cause anywhere from mild to severe injuries. Many common injuries sustained after an accident are listed below:

Is North Dakota an at-fault state?

No, North Dakota is not an at-fault state. North Dakota is a no-fault state, which means that all involved parties’ insurance providers work collaboratively to pay out insurance claims regardless of who was at fault for the collision. While this can sort out liability compensation, it also creates a deeply flooded claims system so your claim can get lost in a sea of others. Plus, whenever you get into an accident in a no-fault state, your insurance premiums will go up.

In North Dakota, the minimum liability coverage amounts are $25,000 of bodily injury protection per person, $50,000 per accident and $25,000 in property damage protection.

When should I contact a North Dakota motorcycle accident lawyer?

You’re going to need legal support from the very start of your motorcycle accident, so contacting a North Dakota attorney immediately after you’ve been in a crash is the best course of action. With their help, you’ll better understand the claims process and get helpful legal advice.

Contacting an attorney for a fair settlement is the best course of action rather than having your claim denied or unpaid because you waited for your insurance company to contact you. You deserve to have your claim adequately settled by being offered a payout that covers the cost of your losses such as medical expenses and other damages, so contact an attorney to protect your rights.

What are the statute of limitations in North Dakota?

In North Dakota, the statute of limitations is 6 years to file a complaint for any personal injury or damage to your vehicle/personal property and 2 years for wrongful death.If you do not file within the proper time frames, you will not be able to receive any compensation because your case will be thrown out. Insurance companies are well aware of the statutes of limitations so you should file your claim immediately after the end of your accident.

How do I select a personal injury attorney?

Anyone you select as a personal injury attorney should be a part of a legal team with years of experience in motorcycle accidents and personal injury law. Make sure that you have access to reviewing their track record of successful cases and that they are similar to yours.

You will need a local attorney that is familiar with North Dakota motorcycle accident law and personal injuries. If you’re unsure of where to turn, LegalFinders can and will put you in touch with the best attorney for your case. The lawyer we connect you with can give you a free consultation and guide you through your case.

LegalFinders reduces the challenges of getting these answers, and others, by doing the search work for you.

You deserve a trusted source that can connect you to a local personal injury lawyer who knows their way around accident claims. At LegalFinders we put all our attention into helping you receive compensation for your claim so you can put your attention into rebuilding your life. It is our pleasure to recommend a law office that offers step by step guidance to you, regardless of who was at fault during the accident.

We also work with clients with or without insurance policy coverage. LegalFinders can help you by meeting you however and wherever you’re at in your accident claim.

On Page TopicsOffering the best motorcycle accident attorney network in North Dakota.North Dakota Motorcycle Crash StatisticsMost Dangerous North Dakota RoadwaysFAQsLegalFinders reduces the challenges of getting these answers, and others, by doing the search work for you.