Many commercial trucks have larger blind spots than other motor vehicles, contributing to blind spot accidents. If you’ve experienced injury or property damage following this type of incident, an experienced law firm may help you make an accident claim, and seek compensation. 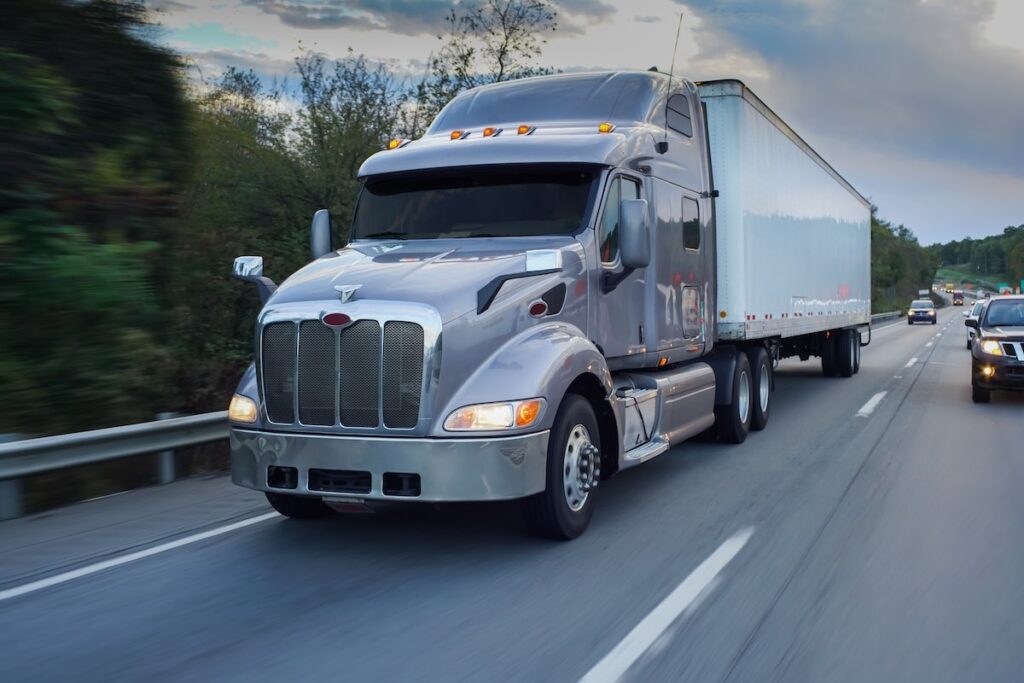 Blind spot crashes are one of the more common ways truckers can cause a roadway incident. The design of these vehicles can make it difficult or impossible for drivers to gauge how clear the road around them is.

But these crashes can unfortunately be dangerous or even fatal, due to the large size of these commercial vehicles.

If you’ve been the victim of this type of incident, an experienced law office may be able to help give you legal advice and build a strong case for compensation.

Why Do So Many Truck Accidents Involve Blind Spots?

According to the Bureau of Transportation, there are currently more than 2.9 million big rigs on American roads. That number alone means accidents are bound to happen.

Making that unfortunate situation more likely to occur is the design of these trucks. Since the driver sits in the front of the truck, they can only see along the sides and back of the vehicle when using rear view mirrors or side view mirrors.

Despite these safety measures, it can be difficult or impossible for a driver to see whether they have enough room to change lanes or make other roadway maneuvers. And the careless or aggressive behavior of other drivers on the road can also contribute to an incident.

Even with years of training and experience, it can be difficult for a professional driver to avoid a blind spot accident.

Where Are Semi-Trucks’ Blind Spots Located?

Due to the shape and design of large commercial trucks, there are generally four major blind spots along the vehicles. These areas are also called no-zones, and they include:

Large commercial trucks are difficult vehicles to handle, for a number of reasons. The length of these tractor-trailers not only make turning and handling more complicated, but make it hard to see whether there’s enough room to change lanes.

Even when looking at their side-view mirrors, it’s possible for a trucker to miss many passenger cars or other smaller vehicles, leading them to hit these cars in the process of a lane change.

But motorists may also inadvertently contribute to these types of accidents. Many drivers don’t like driving behind or beside a big rig, so they’ll speed up to pass one, especially if they see the bigger truck has its turn signal on. This could lead to them getting caught in a trucker’s blind spot.

Who Is At Fault For Blind Spot Accidents?

There are several ways to determine who is at fault in any type of auto accident.

Typically, lawyers will look for any negligent, reckless, or wanton behavior leading up to the crash. These could be signs of failure to take proper care in a situation, acting irresponsibly, or willingly participating in avoidable behavior that contributed to the conditions of the crash.

But when filing your case, your attorney will also look for liable parties. These can represent not just people but institutions, such as a trucking company or even local government entities, whose actions contributed to the crash.

And any person or institution named a liable party in your case will be responsible for paying any damages awarded to you.

Can Truck Drivers Be Liable For Blind Spot Accidents?

When it comes to blind spot crashes, a truck driver is often considered a liable party. After all, it is their duty to check and use their best judgment before changing lanes, passing a passenger vehicle, or making any other moves on the road.

But truck drivers aren’t the only ones on the road. Other motorists can equally contribute to a crash, especially when they are acting irresponsibly, or displaying other forms of driver negligence.

Trucking companies can also be considered liable, if they fail to properly train their drivers or maintain their vehicles. And even local governments can be held accountable, in cases where unsafe road conditions contributed to the crash.

Due to the placement of a truck’s blind spots, there are several ways these accident cases commonly occur.

Rear-end crashes can happen either when a large truck collides with the back of a smaller car, or a passenger vehicle hits the back of a truck.

The front blind spots of large trucks make it hard to see cars in front of the vehicle, typically leading to the latter type of crash.

Perhaps the most common type of blind spot crash, these happen when a driver traveling alongside a big truck gets hit by the truck when it’s attempting to change lanes. Once again, the large blind spots on either side of the trailer are usually to blame.

Due to the length of their trailers, big trucks often have to swing slightly to one side when attempting to make a turn on the other side.

Some drivers see this opening and mistakenly believe they will have the room to pass the truck. But when the truck continues with its turn as planned, the driver of the smaller vehicle is then trapped between the truck’s trailer and the curb, which could lead to a serious accident.

A collision with a commercial vehicle can lead to a number of serious injuries, including:

An experienced personal blind spot crash attorney will be able to help you seek the proper compensation for these injuries.

What Damages Can You Claim For A Blind Spot Accident Injury Claim?

Damages are the financial compensation truck accident victims can seek from a liable party or parties. They are meant to cover any costs related to the incident, whether they be financial, physical, or emotional in nature.

If you’ve been physically hurt in a blind spot crash, you can most likely seek damages to cover your medical bills and other related costs, including:

If your involvement in the accident caused you to miss work, you could seek compensation for lost wages, though this category of damages can cover a broader range of work-related costs, including:

If the injuries sustained in the crash left you unable to return to your job or the same line of work, you may also be entitled to further compensation.

Pain and suffering is one of the most subjective forms of damages, and is meant to compensate for some of the most difficult aspects of involvement in these types of crashes, including:

In the most tragic cases, you may be able to seek compensation for wrongful death. These damages cover costs related to fatalities, including:

If you or a loved one have been impacted by a blind spot accident, you likely have the right to file a personal injury claim. The process typically requires:

Hiring an experienced personal injury lawyer who understands the complexities of these types of cases can help ensure this process goes as smoothly as possible — and make sure you walk into the situation with a strong case for compensation.

If you’ve been involved in a truck crash, you are not required to hire a personal injury attorney, but the practice has a number of benefits.

Law firms with specialized car accident lawyers understand the nuances involved in these situations and what it takes to build a strong case.

These attorneys know how to name the appropriate liable parties, where and how to look for damages, and which type of evidence you’ll need to best present your case.

Plus, personal injury lawyers can work directly with insurance companies, trucking companies, and other parties to help you negotiate a fair settlement, or take your case to court, if these parties fail to settle.

While blind spots are nearly impossible to erase entirely from the design of a car, they are unfortunately also responsible for a large number of accidents.

According to the National Highway Traffic Safety Administration (NHTSA), these areas were a factor in nearly 3% of all fatal motor vehicle accidents in 2019 alone — representing 1,543 fatal accidents total.

And another report cataloging the role of obscured vision in fatal crashes by the Department of Transportation named blind spots as an issue in 3% of all fatal accidents between 2011 and 2015.

Blind spots can be a tricky legal issue in truck accidents, leading to a number of questions.

How Many Accidents Are Caused By Blind Spots?

The National Highway Traffic Safety Administration has conducted several recent reports on the issue, and found that obscured driver vision of some kind is a factor in around 3% of fatal car accidents, a number which translated to more than 1,500 crashes in 2019.

How Do Blind Spots Cause Accidents?

Blind spots are unfortunate yet common features of nearly every type of vehicle. While mirrors, cameras, and other safety devices can help drivers see most of the space around them on the road, there are times when the vehicle itself will block their line of sight.

Certain design angles may also cause complications, making it easier for a driver to miss other vehicles around them and cause a crash.

What Happens If You Hit Someone In Your Blind Spot?

If you hit someone who was driving in your blind spot, it may be considered negligent behavior, and you could be considered a liable party.

However, some states have a practice called comparative negligence, which assigns a certain amount of blame to all parties involved. It’s possible, in these cases, for the driver in your blind spot to be considered partially responsible for the accident.

If You Hit A Semi Truck By Driving In Their Blind Spot, Are You At Fault?

Every legal case is different, and depends on the specific details of the incident. That’s why it can be so helpful to have an attorney analyze your case.

A free consultation with a law firm specializing in these incidents can help determine whether you or another party is at fault in your case.

Get In Touch With A Quality Blind Spot Truck Accident Attorney

If you or a loved one have been involved in a blind spot crash, you may be entitled to seek compensation.

LegalFinders will give you the phone number or contact information of experienced lawyers, as well as testimonials of other accident victims to help you find the best representation for your case.

Scheduling a free case evaluation with these experts can help you build the strongest case possible and seek the justice you deserve.