A personal injury lawyer can help you determine what type of claim to make and explain your legal rights. LegalFinders can help you learn more by connecting you with the best seat belt injury lawyers near you. 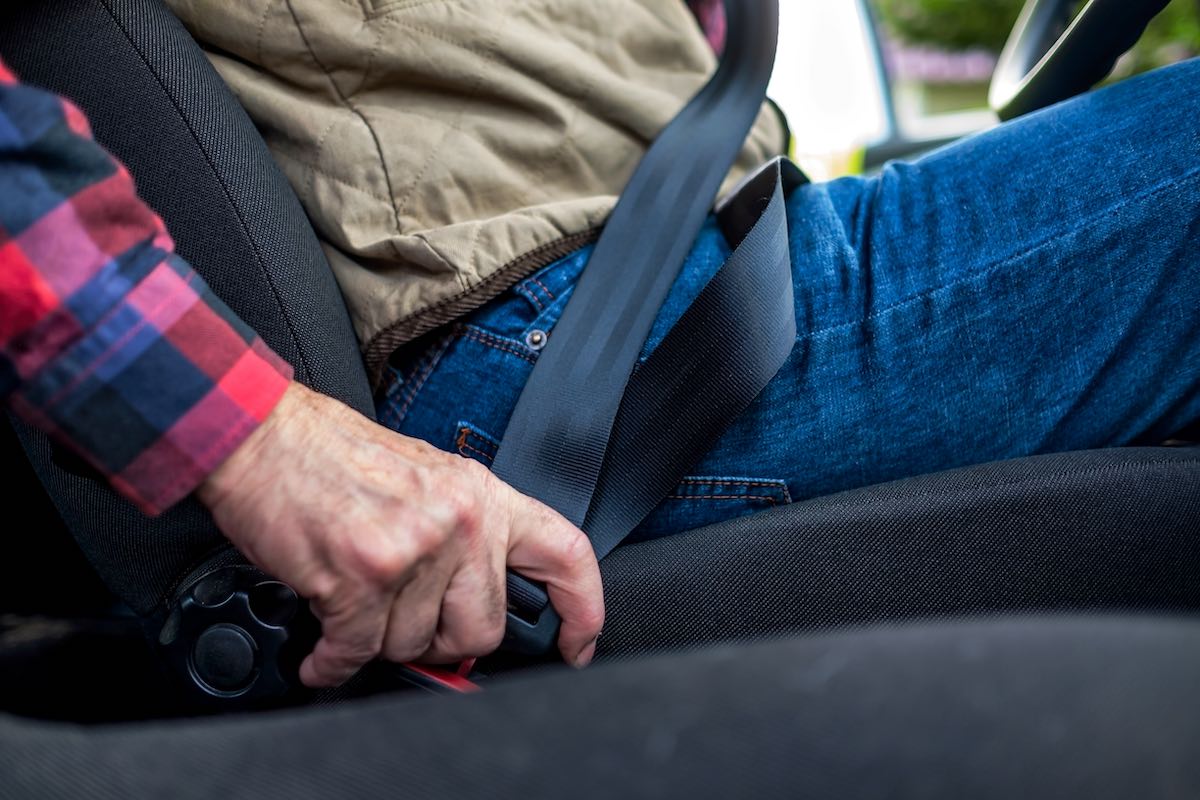 Seat belts comprise a restraint system designed to protect you or your loved one in the event of an accident from experiencing severe injuries. Why, then, does seat belt use sometimes cause injuries?

The sheer force of the impact of a car collision can cause a seat belt to tighten its hold on the accident victim — as it’s meant to do — which can cause damage to any area of the body the seat belt impacts.

This is also known as blunt force trauma, which the body is not meant to withstand. While seat belts can save a person’s life, preventing fatalities, they can also lead to serious injuries. You may not have a case for a seat belt-related personal injury claim if you were hurt by a properly working seat belt in an accident for which you were at fault. In this case, the seat belt would likely be considered to be working correctly by protecting you from a more severe injury.

However, if a seat belt fails, or you are in a car accident caused by another driver which leads you to be hurt by your seat belt, you may be able to file an injury claim. A lawyer can help you understand whether you are eligible to file a seat belt injury claim during a free consultation.

According to the National Library of Medicine, seat belt injuries result from “the transmission of force upon impact associated with the restraint of a passenger.” In other words, the impact of a seat belt with an individual, such as from a car crash, leads to seat belt injuries.

To understand why the seat belt must lock up to the point that it can cause injury, it first helps to understand why seat belts are so necessary. According to the Centers for Disease Control and Prevention (CDC), people who aren’t wearing a restraint are 30 times more likely to be ejected from a vehicle. Wearing your seat belt greatly reduces your chances of experiencing serious or fatal injuries.

In order to have such a meaningful effect, seat belts must be able to restrain a person in a split second. This means stopping their body from moving forward while it’s traveling anywhere from moderate to high speeds.

Seat belts work by using a restraint mechanism which locks up in the event of a crash. The seat belt is triggered to lock by a component within the airbag system, which uses an igniter that signals to the seat belt that it should lock. All of this takes place in about 1/20th of a second.

In fact, it happens so fast that the passenger has no time to react. This is usually a good thing — seat belts work faster than a person could work to save themselves, and is indeed why seat belts were invented in the first place: to save lives.

Yet, this quick-reaction force can and does lead to seat belt injuries.

It’s important to know that seat belt injuries (and other injuries, for that matter) may result from any type of auto accident. Whether you are in a high-speed head-on collision, a side-impact crash, or a rear-end collision, a seat belt may cause you injury due to blunt force trauma.

But are some types of car crashes more likely to result in seat belt injuries? This depends on a few factors, including:

If you are in a high-speed crash, this can mean severe injuries to your chest, neck, head, or lap, depending on whether you’re wearing a shoulder seat belt or lap belt. In general, high-speed crashes are the most severe in terms of seat belt injury consequences.

However, you may still be injured by your seat belt in a low-speed crash — particularly if you are not wearing your belt properly or if you have a defective belt.

Injuries That May Be Caused By Seat Belts

Injuries that result from seat belts during a car accident tend to affect the areas where the seat belt hits, such as the shoulders and lap. Unfortunately, a severe crash may lead to more devastating injuries, such as internal damage. Some types of seat belt injuries which may result during a vehicle accident include:

National research shows that most people in the United States recognize the importance of seat belts and use their restraint system, with national seat belt use at 90.4% in 2021, according to the National Highway Traffic Safety Administration (NHTSA).

Ultimately, much of the research regarding seat belts focuses on how they prevent injuries, not how they cause them, and rightfully so. Seat belts are a crucial part of preventing the deaths of thousands of car accident victims every year.

But when seat belts lead to severe harm for you or a family member, especially when the accident was not your fault or when the injuries resulted from a defective belt, you deserve to be compensated for your injuries.

If you’ve been hurt due to seat belt failure, or experienced another seat belt injury in a car accident caused by another, you may have legal options.

If the injuries were caused by a defective seat belt, you may be able to start a liability case against the company that manufactured the seatbelt, assembled the vehicle, or serviced the vehicle you purchased.

In contrast, if you were hurt by your properly working seat belt during a motor vehicle accident caused by a negligent driver, you may be able to start a personal injury claim to seek compensation from that driver’s insurance company.

Personal injury cases can help you receive a settlement which will pay for accident-related costs, such as medical bills. This compensation may also pay for other damages, such as vehicle damage, wages you missed while recovering from your injuries, and more.

Esteemed car accident attorneys can help you identify who can be held responsible for your injuries, as well as your legal options. When you’re ready, they will be able to help you begin your case, offering legal advice and guidance along the way.

Working with a legal team experienced in personal injury law helps ensure you get targeted help for your case. Ready to get started? Learn more today during a free case review with the reputable car accident lawyers in LegalFinder’s network.

What Kind Of Injury Is Associated With A Lap Only Seat Belt?

Lap belts, which are mostly used only in the middle back seats of vehicles, can cause a series of serious injuries in the event of a crash. So common are these injuries they have been termed ‘lap belt syndrome.’

What Is Seat Belt Syndrome?

Seat belt syndrome refers to a group of injuries which may be caused by a seat belt during a car crash. While this may mean head, chest, neck, or internal injuries, it often means the vast organ or intestinal damage or internal bleeding which can occur from severe seat belt injuries.

How Long Does A Seat Belt Injury Last?

How long a seat belt injury lasts depends on the type of injury you sustain. Cuts or abrasions and bruising may heal within a few days to a few weeks. Broken bones or concussions may heal within weeks to several months. Whiplash may last from several weeks to a few months as well.

More serious injuries may require surgery to correct, such as organ damage or internal bleeding. While a person may recover from such injuries, they may experience long-lasting effects as a result of the damage.

Accident coverage through auto insurance generally extends to any damage to the vehicle caused by an accident (depending on your coverage and policy). It’s imperative to replace seat belts after an accident, so be sure to check with your insurance provider to ensure the seat belt damage is a listed cost on your claim.

Can You Start A Personal Injury Lawsuit For A Seat Belt Injury?

You may be able to start a personal injury claim or lawsuit for a seat belt injury. To know for sure, speak with knowledgeable personal injury attorneys. They can explain personal injury law and let you know if you are eligible to file a claim, whether you need to file a wrongful death claim on behalf of a loved one or a product liability claim for a defective seat belt.

Are you looking for a high-quality law firm to guide you in beginning your seat belt injury case? We work with law offices that employ only the most trusted injury lawyers, and we can help you find the right attorney for your case. Reach out to LegalFinders today for your free case evaluation, and learn what fair compensation could do for you.

asTech — Seatbelts: A guide to safely resetting and recalibrating

SWOV: Institute for Road Safety Research — The relation between speed and crashes

University of Michigan — I Do Not Wear Safety Belts Because