Starting a personal injury case allows you to pursue compensation for damages caused by the accident, such as medical expenses, vehicle damage, or the wrongful death of a family member. LegalFinders can help you find the best truck accident lawyer to begin your case, answer your questions, go head to head with insurance companies, and much more. 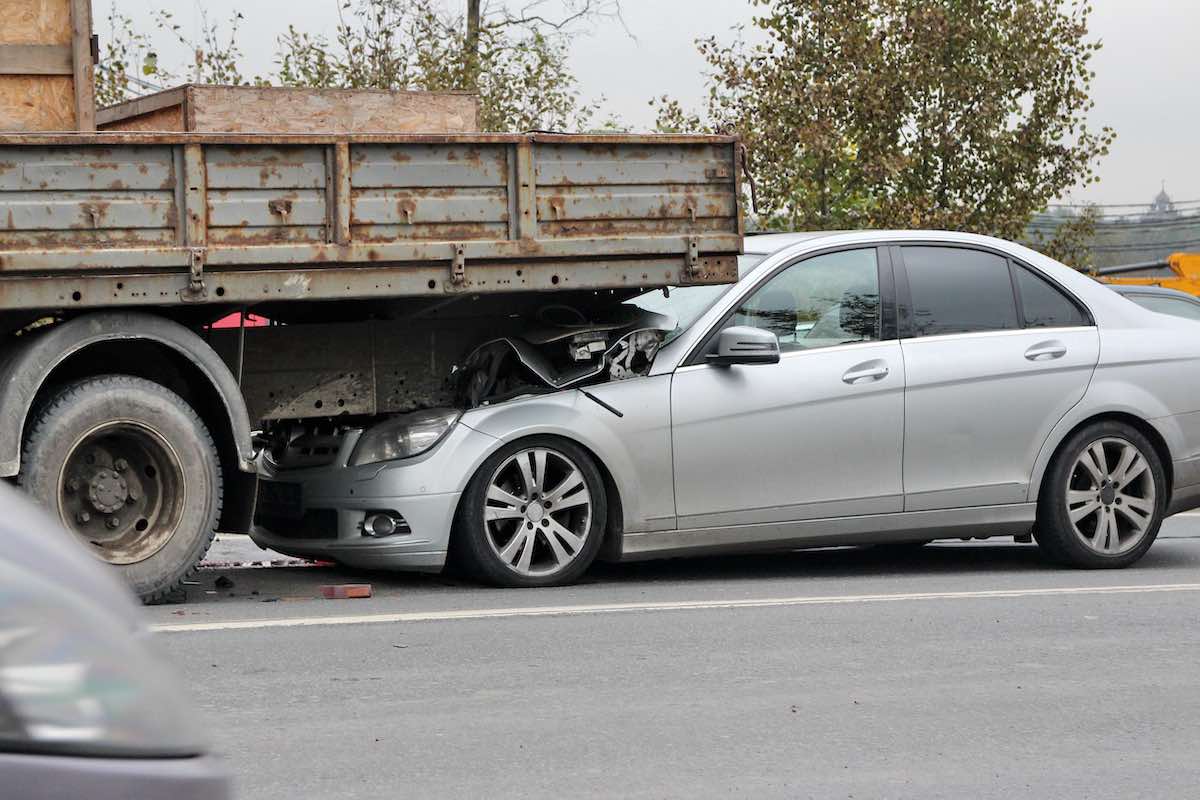 Find The Best Truck Accident Attorney Near You

Auto accidents involving tractor-trailers and other commercial vehicles are some of the most devastating seen on Hawaii roadways. That is, truck accident victims experience some of the most severe injuries in all motor vehicle accidents, ranging from broken bones and traumatic brain injuries to spinal cord injuries and even fatalities.

You may need to file a claim with the truck driver’s insurance company, for example, if the trucker was being negligent at the time of the accident. What’s considered negligence? A few examples of negligence on roadways include texting while driving, driving tired, driving under the influence of drugs or alcohol, following too closely, and speeding.

On the other hand, you may need to file a claim against the trucking companies involved with your accident. If the trucker’s parent company failed to train them properly before allowing them to begin operating a commercial truck, they may be considered liable for your injuries.

Determining the at-fault or liable party can be a tricky business, as can knowing what to cite for damages on your claim. Some damages have a set value, like your medical expenses. But what about damages that are harder to put a number on, like pain and suffering caused by the loss of a beloved family member?

An experienced Hawaii truck accident lawyer can answer these questions and many more. They’ll have the knowledge and expertise you need to build a strong foundation for your case, and they will work hard to gain your trust, establishing the attorney-client relationship from your first consultation.

When you’re ready, a truck accident attorney can help you file your claim in the right area of the court system and within the deadline. This ensures your claim will not be denied due to lack of documentation or on a technicality. What’s more, a lawyer can handle all communications with the insurance companies, defendant’s lawyers, and any other legal communications on your behalf. That way, you don’t say or do anything that could impact your case.

Ready to take the first step toward recovering compensation for the hurt you’ve suffered? You can find out more today by reaching out to LegalFinders for a free consultation to discuss your case.

Like all other states in the nation, Hawaii did see decreased rates of auto accidents in 2020 due to less vehicles on the roadways. However, preliminary data from 2021 shows that both motor vehicle crashes and related fatalities were on the rise in Hawaii. Other facts related to truck accidents in Hawaii include:

According to a 2019 report by Consumer Affairs which ranked roadways in all 50 states from best to worst, Hawaii was ranked third-worst for roadways in the United States. This ranking was due to several factors, including poor road conditions, with many of its roadways facing heavy congestion and disrepair. Some of the most dangerous highways in the state of Hawaii include:

Find answers below to questions about truck accidents in Hawaii, personal injury attorneys, and more.

What Are The Most Serious Injuries Caused In Hawaii Truck Accidents?

Truck crashes are responsible for some of the most severe injuries seen on roadways in Hawaii. Though injuries may range from broken bones to fatalities, many catastrophic injuries, or those that are life-changing for accident victims, can result from truck accidents.

This means the victim does not lose their life (wrongful death), but may see other kinds of losses, such as the ability to walk (paralysis), loss of limb (dismemberment), the ability to work, or others.

What Are The Common Causes That Lead To Truck Accidents?

Causes of truck accidents in the state of Hawaii vary depending on the circumstances. If the accident was caused by the truck driver’s negligence, the cause may have been driver fatigue or driver error, such as failure to check their blind spots.

Or, if the accident resulted from improper truck maintenance, the cause may have been faulty brakes. Similarly, if the truck crash happened to due an error during the large truck manufacturing process, the cause might have been manufacturer error which caused the truck to malfunction.

A Hawaii truck accident lawyer can help you determine the possible cause of the accident, which will in turn help them identify the party or parties responsible.

Is The Truck Driver Always At-Fault In A Commercial Truck Accident?

The truck driver is not necessarily always at fault for a Hawaii truck accident. As described above, there may be any number of contributing factors for truck crashes, some of which have nothing to do with the trucker.

Sometimes, trucking companies fail to properly vet their driving candidates, or train truck drivers once they’re hired. If you are in a truck accident and investigations lead to the discovery of improper training or hiring practices, this could be considered negligence.

Is Hawaii An At-Fault State For Car Accidents?

Hawaii is considered a no-fault state for car accidents, according to the Hawaii Department of Commerce and Consumer Affairs. In the 13 no-fault states in the U.S., injured motorists must file claims with their own insurance company first, using their personal injury protection (PIP) coverage.

You can only file a truck accident lawsuit against the liable party if you sustained serious injuries in the crash.

What Types Of Damages Are Offered For Motor Vehicle Accidents In Hawaii?

The types of damages you may receive for a personal injury case in Hawaii after a truck accident will depend on individual factors. Your lawyer will gather all the details related to your case in order to help you claim damages for all accident-related costs.

The most common type of damages to receive are compensatory damages (those which compensate you for a particular cost). This category of damages breaks down into economic and non-economic damages.

Economic damages apply to the costs which have a specific dollar value, such as the medical care costs, property damage amount, in-home care costs during recovery, or lost wages. Non-economic damages apply to costs that are harder to calculate, such as how much you should receive to atone for the loss of a limb or to set you up for an injury that caused you to be permanently unable to return to your job.

Your lawyer will be able to figure out what you should cite on your claim for damages to give you the best chance at receiving a fair settlement offer.

What Is The Statute Of Limitations For Hawaii Personal Injury Claims?

The statute of limitations for personal injury claims in Hawaii is two years from the date the truck accident occurred. This means you must file your accident claim within two years or you forfeit the right to seek compensation.

The statute can run out quickly, even though two years may seem like ample time. Because of this, it helps to work with experienced truck accident attorneys, who will help ensure you don’t miss your deadline.

Without negligence, you may not have a case. Negligence proves that you are not responsible (or not fully responsible) for your injuries and the resulting costs.

How Do You Prove Negligence In Accident Claims For Truck Crashes?

To prove negligence, your law firm will call on all forms of evidence. This could include talking to any witnesses to the scene of the crash, looking at photos of the accident scene, the police report, and your medical records.

If your case goes to court, they may call on expert witnesses to back up different forms of evidence, such as doctors who can state that your injuries could only have been caused by a devastating accident.

Will Working With A Trucking Accident Lawyer Help Me Get A Fair Settlement Offer?

Working with a Hawaii truck accident lawyer can provide you a number of advantages that may help you secure compensation. Firstly, your lawyer can communicate on your behalf with the insurance companies, the defendant’s lawyers, and any other involved parties.

This helps ensure you don’t say anything that might impact your ability to receive compensation. Secondly, your lawyer will know the truck accident laws that apply to your case and can explain them in a way you understand.

Finally, your lawyer can provide top legal advice and guidance, from the initial consultation to the end of your case, putting your mind at ease and steering you toward the maximum compensation you deserve.

Are you looking for outstanding legal representation after being hurt in a truck accident in Hawaii? LegalFinders will match you with top law firms near you, so you can find the right lawyer for your case. Reach out to us today to get in touch with top-rated truck accident lawyers.

Pacific Business News — Report: Hawaii has the third worst roads in the country