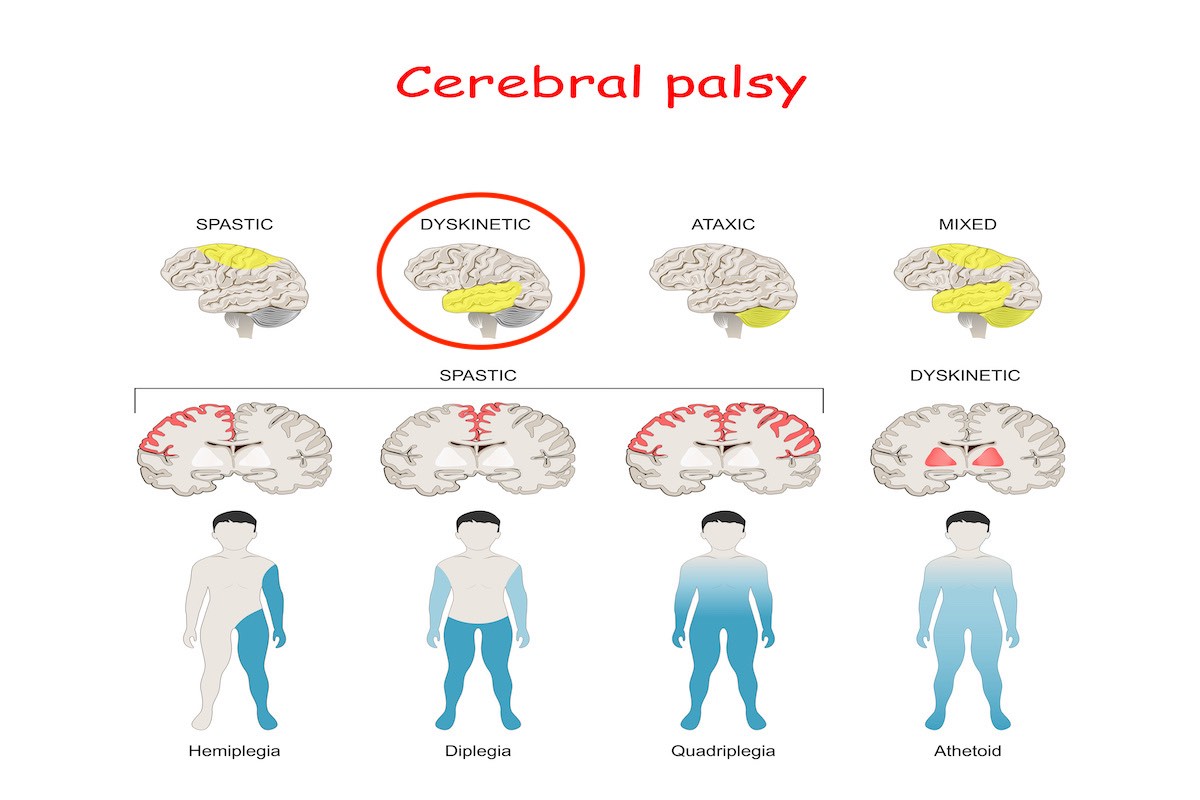 What Is Athetoid Cerebral Palsy?

People with athetoid cerebral palsy do not have control over various parts of their body. This lack of control causes them to move their arms, legs, face and other parts of their bodies in unpredictable and unexpected ways.

Athetoid cerebral palsy results from damage to the basal ganglia or cerebellum occurring during the brain’s development. Damage typically occurs before, during, or shortly after an infant’s birth.

In their paper “Functional Neuroanatomy of the Basal Ganglia,” scholars José L. Lanciego, Natasha Luquin, and José A. Obeso note that the basal ganglia is chiefly responsible for motor control, but this part of the body also impacts motor learning, emotions, and a range of executive functions and behaviors. Meanwhile, the cerebellum influences movement and posture, according to Laurie Lundy-Ekman’s “Neuroscience: Fundamentals for Rehabilitation.”

When athetoid cerebral palsy impacts the face, the uncontrollable movements of the tongue and other facial muscles can impair speech, sucking and swallowing, which can make eating and drinking difficult. These impacts can also cause drooling.

Some people also have learning difficulties while others learn normally. Other common symptoms noted include:

Parents can monitor whether their children are meeting expected developmental milestones. Doctors typically will not diagnose athetoid cerebral palsy until a child has failed several milestones, so many parents identify the problem before health professionals. The general lack of muscle tone, is another sign for parents to watch for in their children.

While athetoid cerebral palsy is permanent and irreversible, treatment options can greatly improve quality of life for people with this condition.

Since treatment is difficult, physical therapists should educate themselves in the best therapeutic techniques. These techniques should be performed together with the use of a brace. Physical therapy is a vital part of any treatment plan.

Medications can also ease the symptoms of athetoid cerebral palsy. For example, antipsychotic drugs, such as fluphenazine and haloperidol, can control involuntary movements by blocking dopamine’s effect on the basal ganglia. Research has noted that, in most forms of chorea, too much dopamine prevents the basal ganglia’s normal function.

Alternative medicines such as massage therapy, yoga, and acupuncture can be great forms of therapy to help ease the symptoms of people with Athetoid Cerebral Palsy.

Functional Neuroanatomy of the Basal Ganglia