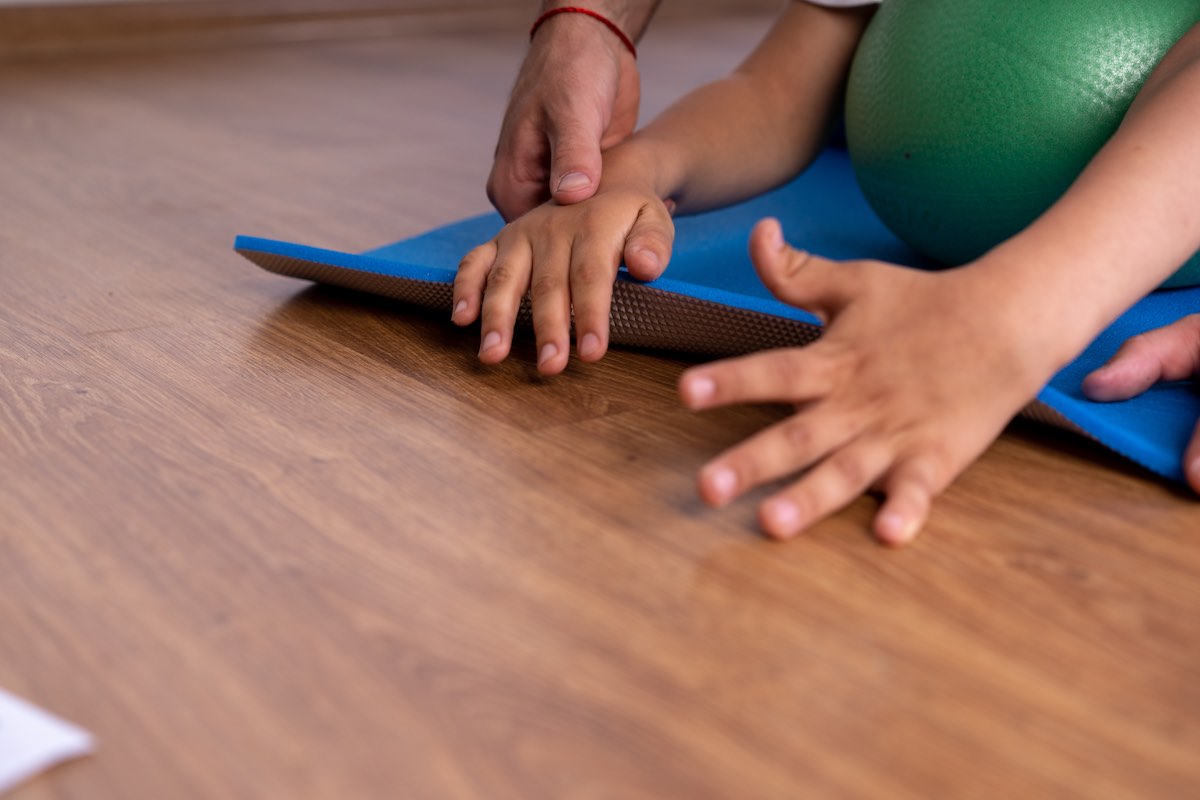 What Are The Symptoms Of Cerebral Palsy?

Cerebral palsy (CP) is a condition that can come from many sources. Whatever the case, cerebral palsy symptoms can manifest in children as young as five months old, but some children don’t exhibit definitive symptoms until much later.

Cerebral palsy isn’t a disease with a clearly defined list of consequences and symptoms. It’s a condition that can stem from multiple causes and in varying degrees of severity. Consequently, symptoms vary widely among children with cerebral palsy, which can make this condition even more difficult to understand.

The common denominator in children with cerebral palsy lies in their ability to control their motor functions. The brain injuries that cause CP impact the motor cortex, or the part of the brain that controls movement. When the motor cortex sustains damage, the victim can have difficulty with tasks ranging from walking and sitting up to swallowing food and shifting objects from hand to hand.

Additionally, experts have divided cerebral palsy into several different types, each of which can produce its own set of symptoms. Some children display all the symptoms for that type, while others might only show one or two.

Most of the symptoms children with cerebral palsy face involve specific movements, such as crawling across a floor or clapping their hands together. The brain injury severs critical connections or neutralizes brain cells that help children develop their motor skills, so children with CP do not hit the same developmental milestones.

Children with spastic cerebral palsy often experience difficulty relaxing their muscles. They might appear stiff or inflexible, especially when you pick them up, and they might have trouble bending their knees and elbows. These symptoms result from “increased muscle tone.”

Children with athetoid or dyskinetic cerebral palsy have trouble controlling their muscle movements. They might flail their arms or legs without intending to, for instance, and they might appear to have tics or tremors.

The National Institute of Neurological Disorders and Stroke describes ataxic cerebral palsy as “poor balance and coordination.” Children who suffer from ataxic cerebral palsy might not be able to improve their fine motor skills and they might experience difficulty walking and staying upright on their own.

Some children suffer from multiple forms, such as both ataxic and spastic. These cases can prove more complicated, and doctors often attempt to find the cause of the brain damage to further illuminate possibilities for treatment.

The brain is a highly sensitive and complex organ. When one part of it sustains damage, cerebral palsy isn’t the only possible consequence. Some children with CP also display neurological symptoms that require therapy and treatment. This might become more probable if the brain injury impacted multiple parts of the brain.

For instance, some children experience seizures or receive epilepsy diagnoses. Seizure disorders in children with CP can result from high temperatures, infections and other issues around the time of birth. Some children only experience one seizure, while others have ongoing attacks.

Children can also develop learning and intellectual disabilities or suffer from attention-deficit hyperactivity disorder, or ADHD. In certain forms of CP, children might not be able to speak correctly, so they need speech therapy to help them learn how to correctly form words. They might also have difficulty swallowing food and drink, which requires additional therapeutic intervention.

Since children with cerebral palsy experience difficulty with neurological and motor-skills functions, they can develop secondary symptoms. Treating these symptoms can become as critical as treating the primary symptoms because they make the child uncomfortable or pose further health risks.

Kids with cerebral palsy might also not grow as quickly or as tall as other children. Stunted growth can result from a lack of proper nutrition, especially in children who must be fed by tube, or because of bone density and other brain-injury issues.

Your doctor will likely develop an individualized plan of care for your child once he or she reaches a cerebral palsy diagnosis. The treatment protocol varies depending on the specific symptoms, but could include physical and occupational therapy, medication, and even surgical intervention.

Treatment can change several times as your child gets older and his or her motor skills develop. Some children improve greatly in therapy and can lead more autonomous lives, while others respond less to treatment.

CDC – What You Need to Know About Cerebral Palsy