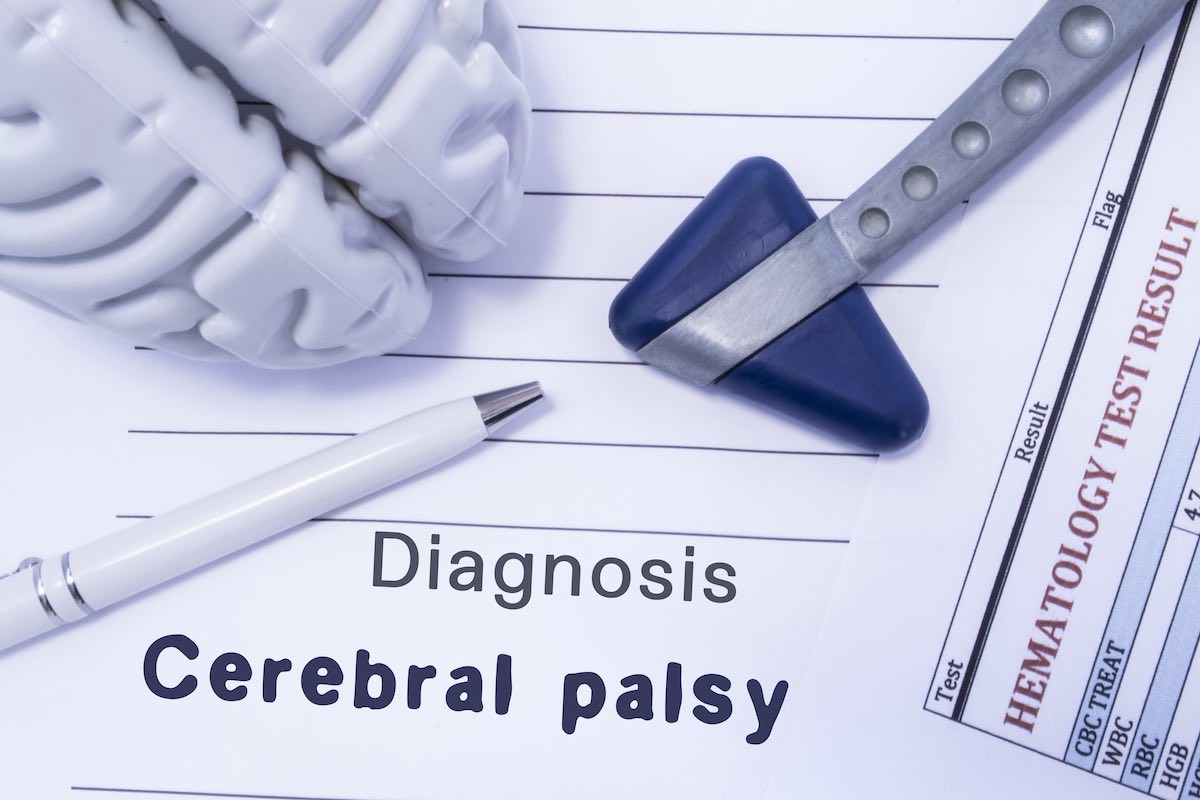 Cerebral palsy (CP) results from a traumatic brain injury around the time of a child’s birth. However, doctors typically can’t diagnose CP until later because the symptoms revolve around motor function.

Every child hits certain developmental milestones as they grow. At two months old, for instance, a child begins to smile, coo and push up while lying on their stomach. By six months, children can usually roll over in both directions and sit up without furniture or by using an adult’s hand for support. When children fail to meet these developmental milestones, physicians can investigate possible causes.

Cerebral palsy can affect children differently, so doctors can’t simply run down a list of signs and check them off. Instead, they have to examine each individual child’s developmental progress, from movement and speech to independence and autonomy.

Some physicians express concern about cerebral palsy before, during or right after birth because of a specific risk factors. There are several situations and circumstances that could put a child at higher risk for CP, including maternal health issues, infant illnesses and pregnancy complications.

For instance, premature babies are at a higher risk for CP, especially if they develop jaundice that goes untreated. Additionally, if either the mother or the baby contracts a serious infection, such as bacterial meningitis or syphilis, the child could become more susceptible to CP because of potential brain trauma.

When no risk factors exist, however, physicians must rely on developmental milestones. Parents often notice that their babies or toddlers lack muscle tone or don’t learn to crawl and walk at normal times. Reporting these observations to the child’s pediatrician can help speed up the diagnostic process.

Children should learn to walk between 12 and 18 months and should be able to speak simple sentences by the time they turn two. Furthermore, certain types of CP only affect one side of the body or one set of limbs, so parents should pay attention to symptoms related to asymmetry, as well.

As for small children, the American Academy of Pediatrics recommends developmental testing for children at 9, 18, and 30 months. However, if parents observe problems with their kids’ development, they can always request further screening.

When Can A Diagnosis Be Made In Children?

The age at which a child can receive an accurate cerebral palsy diagnosis depends on several factors, including:

Delays can prove emotionally and physically taxing for parents who must take their children to the doctor frequently and struggle with not knowing why their children have experienced developmental delays. Regular communication with the pediatrician and cooperation with testing and observation can help speed up the diagnostic process.

What Tests Can Be Done for This?

Doctors can use several tests to confirm their suspicions of cerebral palsy. Most are imaging tests, which means the doctors use technology to view the patient’s brain and assess its condition. Because cerebral palsy is tied to brain trauma, physicians can often identify the area that suffered the damage and make their diagnosis.

One of the first tests doctors often conduct is a magnetic resonance imaging, or MRI. Writing for Medical News Today, Peter Lam describes an MRI as “a noninvasive and painless procedure” that allows radiologists and physicians to view three-dimensional images of the brain in black and white.

A computerized tomography, or CT, scan takes X-rays from multiple angles to form cross-sections of the brain. Because of the multiple viewing angles, these scans are far more detailed than straightforward X-rays.

When doctors want a quick look at brain tissue to support a cerebral palsy diagnosis, they often use a cranial ultrasound. This process helps physicians look for brain damage. If doctors suspect brain trauma before, during or after birth, they might conduct an ultrasound immediately to confirm it.

An electroencephalogram, or EEG, measures electrical activity in the brain. This tool can seem scary to young children because of all its wires, but it’s a completely painless process that helps detect abnormalities in brain function.

Other diagnostic tools exist in addition to imaging. Your child’s doctor will monitor his or her hearing and vision as well as speech progress and intellectual development. While this testing can take time, it’s likely to result in a more accurate diagnosis.

Regardless of where your child falls on the GMFCS scale, their ranking could change as time passes. With physical and occupational therapy, for instance, children can build stamina and muscle tone as well as coordination. Pharmaceutical intervention can also help reduce the symptoms that impair muscle coordination and control.

Your medical team will test your child multiple times to identify motor skill improvements. While children don’t always improve, the original GMFCS level doesn’t always remain permanent. Just like for anyone else, improving muscle tone and practicing coordination can have a positive impact on a child’s motor skills.

Cerebral palsy shares clinical signs with many other disorders and conditions that impact motor development and coordination. This alone often delays diagnosis, especially in mild cases or when the child suffers from multiple forms of cerebral palsy. The doctors on your child’s case must rule out all other possible causes for his or her symptoms.

Additionally, some children simply develop faster than others. If your child doesn’t crawl, speak, or walk as quickly as the child next door, don’t automatically assume your child suffers from a serious condition such as cerebral palsy. While doctors like their patients to hit specific milestones in a timely manner, some kids just need a little more time.

On the other end of the spectrum, some children with cerebral palsy don’t exhibit symptoms until later in life. In mild cases, for instance, the child might learn to walk and crawl on schedule, but experience difficulty with uneven terrain, stairs, and balance later. In these cases, parents and physicians don’t necessarily recognize the symptoms until the child has gotten older.

Parents often experience extreme stress when they believe their children might have a serious health issue. Consequently, your doctor won’t make a premature diagnosis and risk scaring you when he or she could be wrong. Let your doctor follow the diagnosis protocol he or she feels will offer the best results. In the meantime, devote your energy to giving your child the best care possible.

Your Child Has Cerebral Palsy, Now What?

Don’t assume that every misstep your child takes is evidence of cerebral palsy. If you’re concerned, start keeping a journal of your child’s symptoms. Write down your observations as well as the date and time of occurrence so you can share the journal with your physician.

At your next doctor’s appointment, share your concerns and ask for a referral to a specialist. As mentioned above, early intervention can become critical to encouraging faster motor skill development, so don’t hesitate to have your child examined and tested.

You can also educate yourself about cerebral palsy. If you know the signs of cerebral palsy, for instance, you can look for them in your child and identify them when they occur. This is particularly true if you know your child has any risk factors for CP, such as premature jaundice or an infection around the time of birth.

Most importantly, stay in close communication with your doctor. Regular visits can help your physician monitor your child’s development and perform the necessary tests. Whether it’s your pediatrician or a specialist, report any new symptoms immediately.

Cerebral palsy can be difficult to diagnose, but the right medical team will help ensure accuracy and compassion throughout this process. Stay vigilant at home by monitoring your child’s motor skills, and trust your physician to provide an accurate diagnosis.