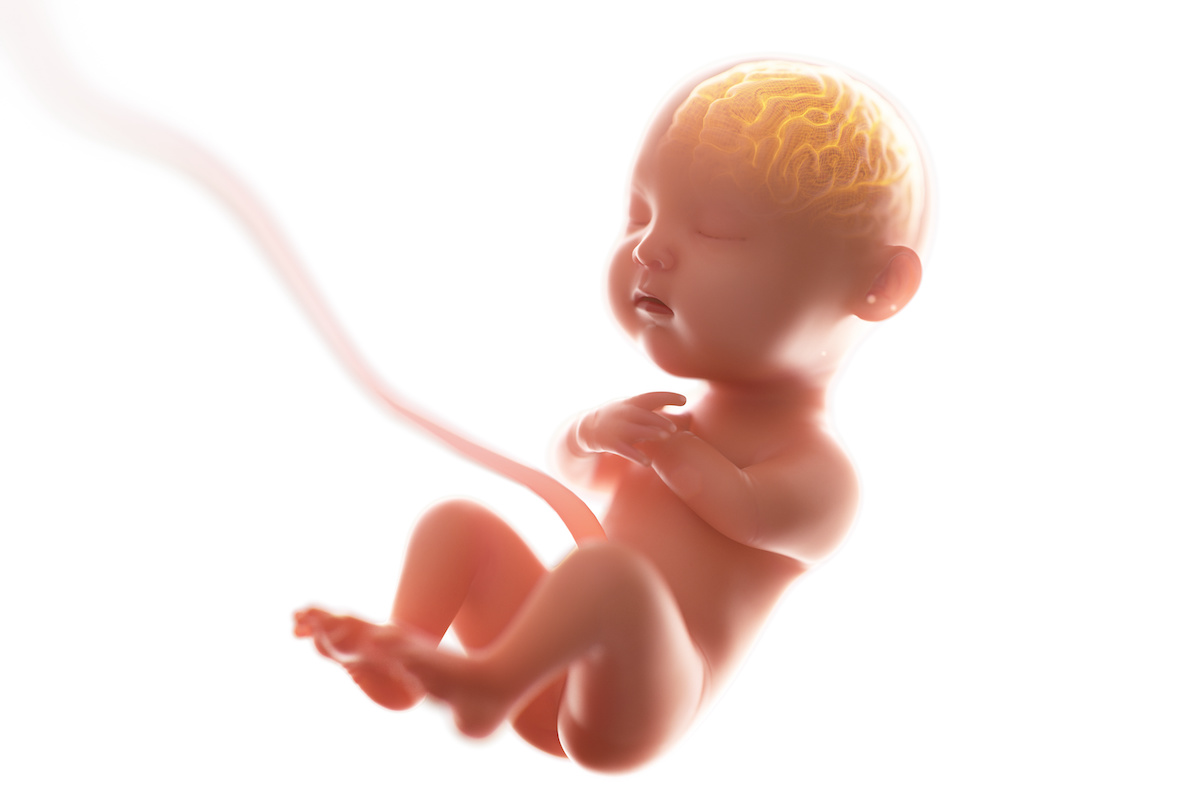 Cerebral Dysgenesis is a type of abnormal brain development that generally occurs in utero. It’s a known risk factor for cerebral palsy, even though dysgenesis is not associated with the condition. Normally cerebral palsy is caused by brain injury during delivery. While an injury can cause dysgenesis, it generally refers to the interruption of the normal expansion of neural pathways and tissues.

Parents should know more about it because early intervention has the potential to lessen the degree of malformation. A neurologist is the best person to give you the exact details of your child’s condition.

What Is Cerebral Dysgenesis?

Cerebral dysgenesis is a somewhat generic term used by doctors to connote a fetus whose brain is not developing normally. There may be problems with the organizational structure of the cells, tissues, and matter (white or gray.) In some cases, the child may have holoprosencephaly, which refers to an incomplete separation between the two hemispheres. There may be overall stunted development of the cells or a failure of the cells to divide properly.

Because cerebral dysgenesis has such a broad definition, it encompasses a variety of outcomes from the relatively minor to the debilitating. Considering most instances of this condition exist at the beginning of the pregnancy, prenatal screening can be beneficial.

What Happens During Cerebral Dysgenesis?

An infant’s body starts with a neural tube that is just a small piece of tissue in the first few weeks. As gestation continues, the cells go through multiple rounds of division to make one end of the neural tube the brain and the other end the spinal cord.

However, there a number of things that may happen while this development occurs. During anencephaly for example, the tube cannot fully close, meaning the tissues within it are unable to form correctly.

As the brain takes shape, there are billions of cells that perform a number of different functions. The cells that make up the nerves, pathways, and tissues of the brain are developing in conjunction with the bones of the skull, spine, and neck. The odds of a miscommunication or an incorrect migration are heightened during this critical time. Encephalocele is a condition in which part of the brain actually emerges from an opening in the skull (normally at the back of the head.)

There are conditions where brains grow too large or fail to reach normal size. The motor control functions may be shifted to the wrong part of the spinal column, impairing functionality. The entire central section of the cerebellum may be absent or defective.

When any malformation occurs, it can result in a variety of impairments. Mental, sensory, and physical functions may all be impacted by cerebral dysgenesis. Children may have different symptoms or challenges as they grow older, depending on the location of the problem.

In addition to gestational misfires, it is possible for dysgenesis to occur after delivery. This is because brains do not fully form until several years after birth.

When Does Cerebral Dysgenesis Occur?

A fetus’ cells begin to form immediately upon conception, and those cells will eventually be allocated to the organs, blood, and brain. Mistakes in the genetic code can occur early on, which the replicate as the cluster of cells begins to take shape. Dysgenesis happens sometime after conception, typically within the first 20 weeks when the brain is at its most vulnerable. However, it is possible for cerebral dysgenesis to occur at any point during the pregnancy (or even afterwards).

While doctors have studied cerebral dysgenesis, there are still unknowns about the condition. Medical professionals may have a difficult time pinpointing when the condition developed exactly. The brain is extremely complex, and those with developmental disabilities (either mental or physical) may present with similar symptoms but with different underlying causes. For example, one person may have a defect within the brain, signifying an irregularity in normal tissues and cells.

Another may have entire parts of the brain missing due to a developmental condition. Women may never have an indication that anything is wrong while they’re pregnant, so the doctor never has a chance to see the beginning stages of abnormal development.

What Are The Risk Factors And Causes Of Cerebral Dysgenesis?

Children may have several risk factors without actually having cerebral dysgenesis. The potential causes listed below a way to determine the need for potential screening of the fetus — not an official diagnosis.

Infection: When a fetus has an infection, it has to produce cytokines to fight it off which then flow through the blood and into the nervous system. While the cytokines are defending the major systems in the body, they may cause inflammation within the nervous system or affect the child’s oxygen intake. This can ultimately cause cell death or developmental problems.

Maternal fever: Fever during pregnancy can trigger an inflammatory response in the infant that can disrupt brain development.

Genetic mutations: Because the body is based on cell replication, one damaged cell or portion of cells may continue to repeat itself within the infant’s body.

Cytomegalovirus: More than half of women have had this common virus by the time they’ve reached 40. The virus stays in the body forever. The mother may experience a mild flu-like illness, but she may not have any symptoms at all. The virus can severely affect a fragile child’s brain in utero.

Rubella: Also known as the German measles, rubella presents the biggest danger to infants during the first trimester. If the mother contracts it during the first 12 weeks, the risk for the child is more than 50%. The chances go down considerably as the fetus develops, practically disappearing after 20 weeks.

Herpes simplex (HSV): While it’s unlikely the infant will contract the virus while in the womb, it may occur during vaginal delivery. This virus is common in women, and has a variety of consequences including cerebral dysgenesis.

Syphilis: The infant is more likely to contract syphilis than HSV during gestation. The effects of syphilis in utero will be more severe than if contracted during delivery, so early detection can be especially helpful to treat both the mother and fetus.

Trauma: When a woman undergoes a traumatic experience, the pressure placed on the fetus (either during the trauma or recovery) can place stress on the brain that impairs or halts cell development.

Toxoplasmosis: This infection in the mother is caused by a parasite that can be found in undercooked food or in cat feces. The infection may or may not present symptoms in the mother, but can be dangerous for the fetus.

Varicella: Varicella is well know for being the cause of chicken pox. Mothers who develop the disease in the first 20 weeks put their child at high risk for lasting brain damage. If you haven’t been immunized before conceiving, you will need to visit a doctor immediately for treatment if you’ve been exposed.

How Is Cerebral Dysgenesis Diagnosed?

Typically, the doctor will do some type of imaging of the brain, such as a CT, MRI or cranial ultrasound. They’re looking for any abnormalities in the infant’s brain that can lead to conditions like cerebral palsy. As research is conducted on cerebral dysgenesis, experts are finding strong genetic components for children with the condition, so there may be chromosome analysis or general genetic testing to determine the presence and potential severity of the condition.

A doctor may also be able to determine genetic risks to your child’s brain through chorionic villus sampling, normally completed at the 11-week point of gestation. This technique takes cells from the placenta, which can then be tested to see if your child is more likely to develop a mutation in utero.

It should be noted that it’s unlikely a doctor will be able to tell the extent of the damage before the child is born, though the imaging used by professionals today only continues to get better. Many researchers are currently focused on how to get the most accurate diagnosis possible as early as possible — one that includes an idea of what life will be like for both the child and parents.

What Are The Symptoms Of Cerebral Dysgenesis?

If a doctor is not able to detect the damage before, during, or directly after birth, parents can look for the following signs of possible brain malformation in their child.

Seizures: This is one major sign and symptom of brain dysfunction, but it isn’t always obvious to parents. The infant may exhibit the characteristic violent spasms, or they may experience absence seizures where they appear to be simply staring into space. Other signs include sweating, vomiting, or a loss of color in the skin.

Lip smacking and gagging: These may also indicate a seizure or they could just signal that the child is having trouble controlling movements.

Delayed walking or crawling: When children miss general milestones by several months, cerebral dysgenesis may be the cause.

Low APGAR score: This test not only measures general criteria like infant heart rate and blood pressure, but also muscle tone, reflexes, and skin coloration. Children who fall under a certain threshold may need additional neuroimaging to determine the presence and extent of dysgenesis.

Poor control of motion: Children who cannot control their head or trunk may have sections of the brain that are unable to communicate with their muscles. Other major signs include roving eyes and the inability to grasp objects.

Mental deficiency: If a child is unable to recognize caregivers or anticipate basic events (e.g., feedings, etc.) during the first few months of life, it may point to cerebral dysgenesis.

What Signs Do Doctors Look For When Diagnosing The Condition?

Doctors are looking for as much detail as possible on the ultrasound, and will order an MRI if they feel they need further visual insight. This is how they can tell if there’s a problem within the hemispheres or missing sections of the brain. There are cases, however, where a doctor will only be able to diagnose the problem after birth, as it may not show up an ultrasound.

In the case of cerebral palsy, symptoms will present early on and parents and doctors can start making wellness plans for the benefit of the family. However, other potential problems caused by an abnormal brain may not even be noticeable until adulthood. Besides the easily observable signs that parents can also point to, doctors will also examine the heart, intestines, and vision of the infant too.

How Is Cerebral Dysgenesis Treated?

The best treatment for cerebral dysgenesis is early detection. Surgery may correct some of the other problems associated with brain development delays. The faster doctors understand the problem, the faster they can give the mother either medication or advice on how to keep the fetus as healthy as possible.

It has been shown that the brain may be able to correct or partially correct certain mutations under the right circumstances, which will give the child a more normal childhood in terms of both mental and physical development.

There is no official cure for cerebral dysgenesis or for many of the conditions it can cause. It the child develops cerebral palsy as the result of dysgenesis, doctors will look towards behavioral and physical therapy to help control and reduce the severity of symptoms.