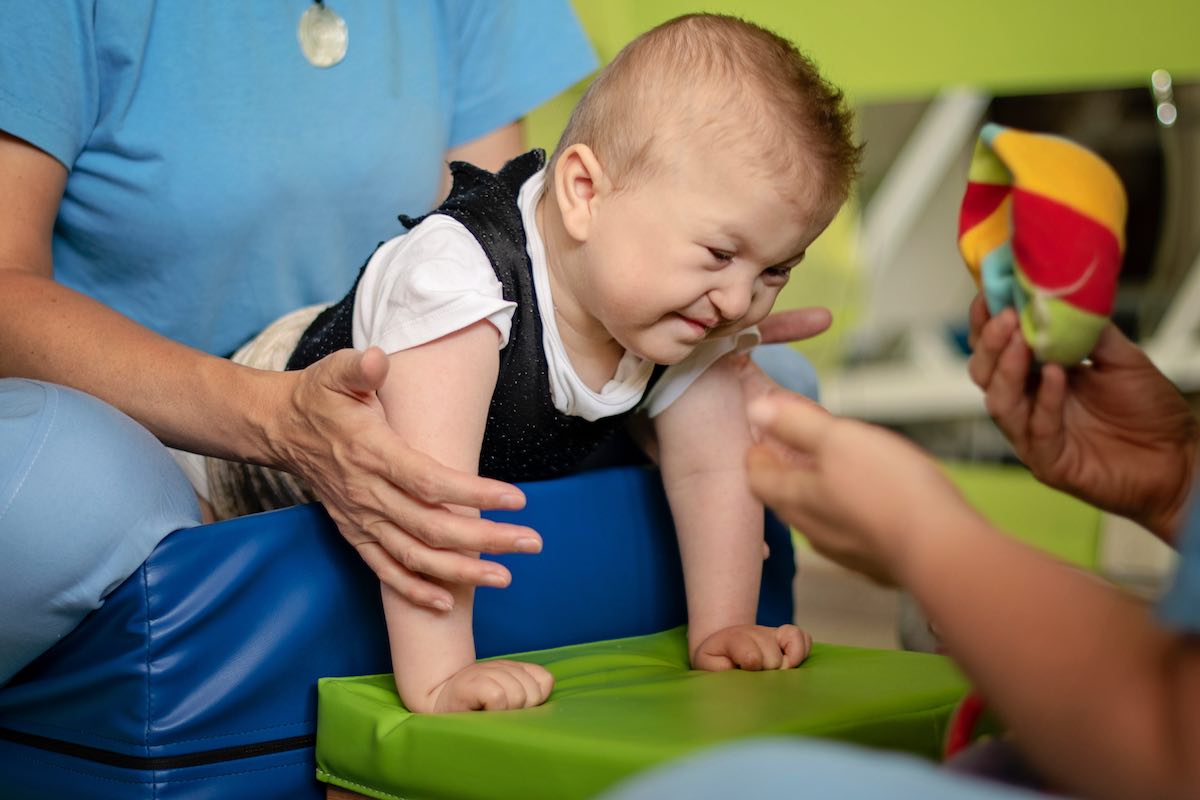 Cerebral palsy results from a serious injury to a child’s brain before it can fully develop. Fetuses, infants, and young children cannot recover as quickly from injurious events to the brain because heavy brain development continues from the womb through age three or four.

Cerebral palsy causes can prove diverse and multifaceted, but this disease results from injury to an infant’s or child’s developing brain before, during, or after birth. The brain damage can take numerous forms, and the extent of the injury can impact the child’s prognosis.

Since brain injuries can cause cerebral palsy at any time before, during, or after the birth, doctors often struggle to identify the precipitating injury, especially since children often don’t exhibit concrete symptoms until months or even years after they’re born. Most parents notice that their children have difficulty speaking, crawling, walking and developing other motor skills.

The APA reports that about 70% of cerebral palsy patients receive their brain injuries before they are born. Another 20% receive their injuries during birth, while only 10% develop cerebral palsy as a result of a postnatal injury. In some cases, it’s impossible to determine when the injury occurred, however, so the statistics could prove slightly unbalanced

The causes of cerebral palsy depend largely on when the brain injury occurred. These prenatal injuries can come from a variety of sources. For instance, if the mother suffers from a serious infection during pregnancy, the infection can spread to the fetus and delay or disrupt brain development. Additionally, infections can cause brain injury during or after the birth, whether they come from the mother or the external environment.

Substance abuse can also lead to cerebral palsy. Cigarettes, prescription drugs, street drugs and alcohol can all have a negative impact on a fetus’s developing brain because of their toxicity. Of course, substance abuse can also cause other birth defects and cognitive issues, such as fetal alcohol syndrome.

Cerebral palsy rates prove particularly high in children who are born premature or with low birth weight. Additionally, severe cases of jaundice that remain untreated in infants can cause brain injuries that might lead to cerebral palsy. Numerous causes of jaundice exist, from mismatched blood types between mother and baby to birth-induced bruises. However, premature babies often have underdeveloped livers, which increases their chances of developing jaundice.

Head trauma can also cause cerebral palsy when it occurs during or after birth. If a baby gets dropped or shaken, for instance, the brain can suffer a physical injury that delays or prevents motor skills development. Difficult births, such as those that involve asphyxiation, or lack of oxygen to the body, often correlate with cerebral palsy as well. Asphyxiation during the birthing process can result from low blood pressure, inadequate ventilation, and other causes.

While most experts believed for years that cerebral palsy did not have a genetic component, some new evidence suggests that further research has revealed potential genetic components for this condition.

In fact, the UCP cites one expert who believes that 70 to 80% of cerebral palsy cases prove related in some way to genetics. The organization suggests that researchers need to focus on this issue more closely to decide whether genetic factors could make a child predisposed to cerebral palsy.

Determining The Cause Of Your Child’s Condition

SThe American Academy of Pediatrics, or AAP, recommends developmental testing for children at 9, 18, and 30 months if the parent or clinical provider suspects potential developmental delays, such as those related to cerebral palsy. Children with more pronounced symptoms can typically receive earlier diagnoses, but mild cases might take more than two years to diagnose.

The methods medical professionals use to diagnose cerebral palsy can differ depending on the circumstances, but in most cases the screening process involves some form of brain imaging. These tests can include magnetic-resonance imaging, or MRI, and x-ray computed tomography, or CT, scans. Some physicians might take electroencephalogram, or EEG, tests, or perform genetic or metabolic screenings.

Brain scans allow physicians to visualize parts of the brain and look for indicators that might suggest brain trauma or injury. In some cases, doctors’ observations can help identify the exact cause.

Causes By Location Of Brain Damage

The type of brain damage that causes cerebral palsy injures either the motor cortex, pyramidal tract, cerebellum or basal ganglia. Each of these brain regions controls some facet of motor coordination and function, albeit in different ways.

If a child’s cerebellum endures an injury, for instance, they can develop ataxic cerebral palsy. This form of the disease might prevent the victim from developing coordination and motor skills and can also have an impact on balance.

In children with spastic cerebral palsy, on the other hand, they have difficulty controlling their muscle movements. They might jerk or flail without intending to because of damage to the motor cortex.

In athetoid or dyskinetic CP, the child suffers an injury to the basal ganglia, which causes issues related to involuntary and unpredictable motion, or the cerebellum, which leaves the child without a reliable sense of balance. In rare cases, these forms of CP involve injuries to both parts of the brain.

Children can also suffer from mixed cerebral palsy. This means that the injury involves more than one motor center in the brain, and it can make diagnosis, treatment, and maintenance more complicated. Mixed CP usually results from spastic and dyskinetic cerebral palsy, though other combinations are possible.

The symptoms of cerebral palsy are often unique to the type, though each type can range from mild to severe. For instance, patients with dyskinetic CP might have difficulty swallowing and forming words, while patients with less severe conditions might not experience those symptoms.

The birthing process can prove difficult for the mother and the infant in innumerable ways. Most instances of cerebral palsy have nothing to do with the actual birth, but in cases of medical malpractice, a baby’s brain can suffer injury. As mentioned, untreated jaundice can lead to CP, but such a condition only goes untreated if a medical professional fails to diagnose and treat it.

Birth injury can also result from unlicensed or untrained medical personnel. While home births and other alternative birthing techniques have become more refined and reliable, parents must thoroughly vet their caregivers to ensure they know how to care for both mother and child during birth. A serious brain injury can have lifelong consequences, whether it’s mild or severe.

While the causes of cerebral palsy aren’t always easy to identify, trained medical personnel can help you determine why your child suffers from CP.