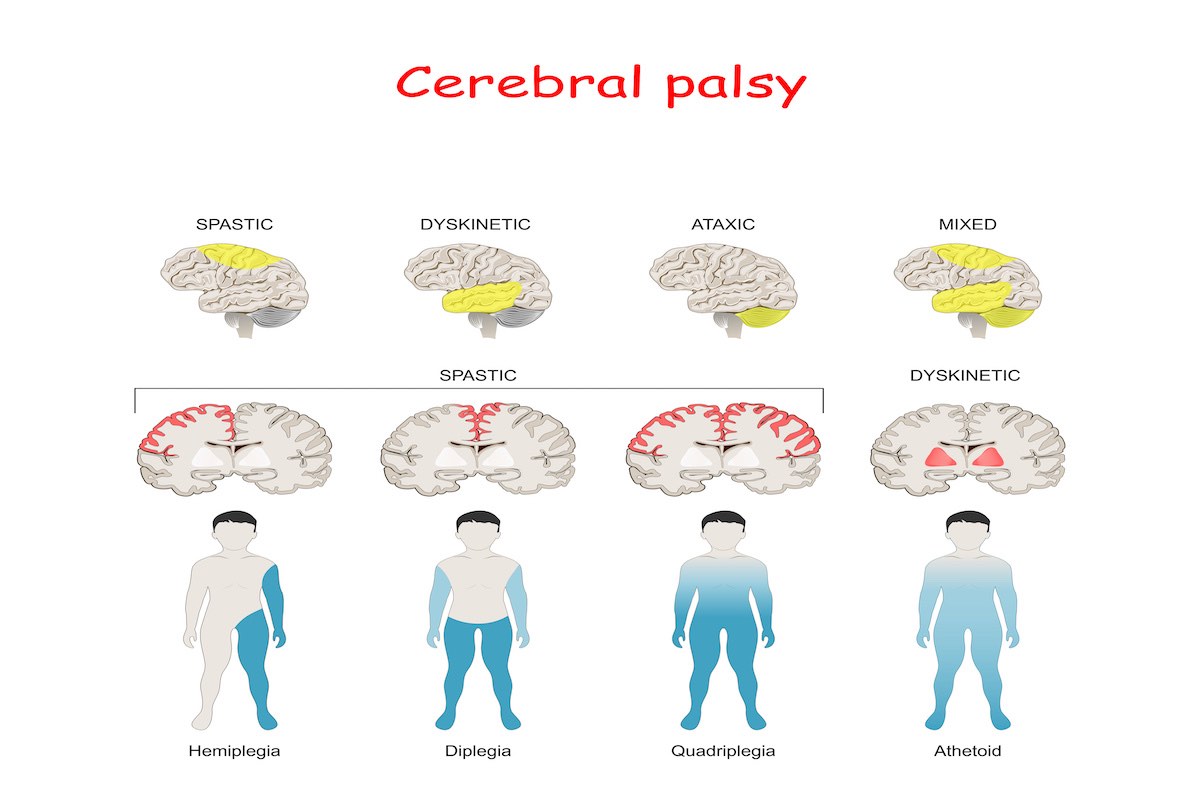 How Many Types Of Cerebral Palsy Are There?

Cerebral palsy is a general term for a group of disorders impacting a person’s motion, balance, and posture. Medical experts recognize four main types of cerebral palsy; they are: Spastic, Athetoid, Ataxic and Mixed.

Physicians consider the main type of movement disorder associated with the condition to diagnose types of cerebral palsy in their patients. Common movement disorders include spasticity, rigidity, involuntary movements, and abnormal muscle tone.

Spastic Cerebral Palsy has been divided into three categories:

Spastic cerebral palsy results from damage to the brain’s motor cortex, pyramidal tracts, or general cortical damage. The more severe the brain injury, the greater the symptoms tend to be. Recognizing the signs of spastic cerebral palsy can be difficult until children start missing developmental milestones. It usually takes up to 18 months of age for physicians to diagnose the condition.

Laura Rogers and Eric Wong, writing for McMaster Pathophysiology Review, state that, infants with the condition are typically hypotonic, with “poor head control and head lag.” As patients age, their muscle tone tends to increase, although the degree of muscle tone varies from person to person.

Rigidity and dystonia are not uncommon among people with athetoid cerebral palsy. It tends to impact the upper extremities more than the lower ones. In addition, athetoid cerebral palsy often affects the oropharyngeal muscles, which can make eating and speaking difficult. Despite these symptoms, intelligence is rarely affected.

Up to 10 percent of children with cerebral palsy have ataxic cerebral palsy. Those with ataxic cerebral palsy tend to have tremors that occur with voluntary movements. This leads to difficulty performing tasks requiring precise motor control, such as buttoning their clothes and writing, they’ll often walk with an unsteady gait with their feet far apart from one another.

Ataxic cerebral palsy occurs when the cerebellum, the part of the brain essential for uninhibited motor function, is damaged. The condition is not typically diagnosed until a child is about 18 months old; early diagnosis is more likely to be inaccurate.

Centers for Disease Control and Prevention

Center for Cerebral Palsy at UCLA