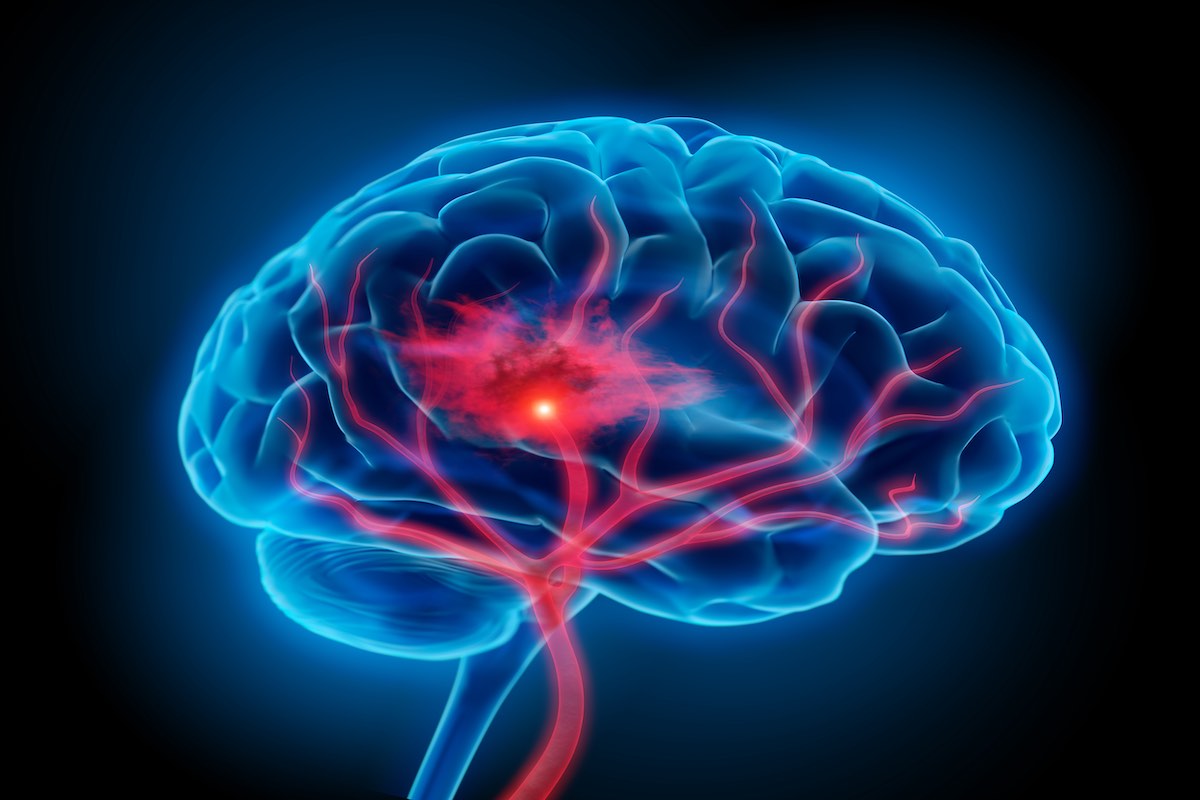 An intraventricular hemorrhage (IVH) is a specific type of bleed in the brain. It affects infants born 10 or more weeks premature. Because the blood vessels reach full maturity in the last 10 weeks of gestation, infants are susceptible to damage when exposed to the outside world too early.

Trauma that occurs during the delivery process or shortly thereafter can also cause IVH. The consequences of the bleed depend on a variety of factors, including how much blood is lost and the location of the damage.

What Is An Intraventricular Hemorrhage?

When IVH occurs, the blood vessels of the brain bleed into nearby ventricles. The bleeding may come from either the arteries or the veins. The arterial form of IVH is more difficult to control due to the size of the vessel and the rate at which the blood flows.

IVH can interfere with both the mental and physical development of a child, and it can affect different parts of the brain. There are four distinct yet interconnected ventricles in the brain. Each one helps to produce and circulate spinal fluid. There are several different grades and forms of IVH, ranging from the relatively harmless to the extremely severe.

The more severe types of IVH can lead to swelling within the brain, known as a hematoma. IVH isn’t normally discovered at the moment of birth, but is often revealed a few days later. Once the child turns a month old, the chance of a bleed due to frail blood vessels is much smaller. IVH that occurs after this age is typically caused by some type of head injury.

What Are The Four Grades Of IVH?

Each grade of IVH indicates some type of bleeding, though the effects vary based on the amount of blood lost.

Grade 2: Bleeding happens inside the ventricles.

Grade 3: The ventricles become larger due to the excess amount of blood.

Grade 4: The bleeding enlarges the ventricles and escapes into the surrounding brain tissue. This form of IVH is sometimes called an intraparenchymal hemorrhage.

The brain is designed to handle a certain amount of trauma, and infants are resilient to a number of risks, even when born premature. Typically, the first two grades of IVH do not cause lasting damage unless the child is born extremely early. The latter grades can significantly damage the child and potentially lead to cerebral palsy. IVH can also cause hydrocephalus, which can mean lifelong spinal problems.

When there’s too much blood in the brain, as in the case of hematoma, the body will stop the bleeding through clots. These clots can ultimately block the flow of blood, causing a buildup of fluids. In the case of IVH, the clots block the spinal fluid that should be moving toward the column to assist in regular movement and flexibility.

IVH typically occurs in premature babies, but it has been known to happen in full-term babies too. It’s important to note that there is no way for doctors to stop the bleeding, but there are measures that may help in the early stages.

A blood transfusion can correct the blood pressure and ensure the child has enough liters in his or her system to keep the heart beating. Or the doctor may drain the excess fluid using a shunt in the brain, thereby freeing up space for the tissue and ventricles to do their jobs.

What Are The Risk Factors Associated With IVH?

Some factors are more heavily associated with IVH, though it’s important for parents to know all risk factors for preventative and proactive reasons alike.

What Are The Signs Of A Hemorrhage?

Infants may or may not exhibit symptoms. Your doctor should be vigilant about checking for signs of IVH if your child was born 10 weeks premature or more. Possible indicators include:

What Are The Forms Of IVH?

Several forms of IVH exist. They include:

This type of hemorrhage signifies that more bilirubin is in the blood than necessary. A normal amount of this compound ensures that specific waste, such as aged cells, is broken down appropriately. The bleed usually occurs in the tissues that connect the hemispheres of the brain. Here, it will disrupt communication and potentially lead to respiratory issues such as a collapsed lung or long-term disabilities such as cerebral palsy.

When the infant is diagnosed with this form, doctors will find blood in the lateral ventricles of the brain. The causes are generally connected to fetal stroke, maternal infection, or some type of trauma during delivery or shortly thereafter, such as shaken baby syndrome. Hypertension in the mother and placental blood clots may all be potential factors as well. Generally, if an infant develops IVH despite being born full-term, it will be this form.

An epidural hematoma occurs when the arteries and venous sinuses are ruptured, and it can happen in children as well as infants. Typically, this form of IVH is associated with a skull fracture, as a fracture is generally found in up to 90 percent of all cases. The rupturing can lead to the buildup of blood that eventually compresses the surrounding tissues and puts pressure on the matter within the brain. If left untreated, it can potentially result in death.

This form of IVH is also associated with trauma, though the effects can be even more severe than an epidural hematoma. The bleeding is typically rapid and excessive, meaning the compression happens far faster and is more severe. It is generally brought upon by a trauma such as child abuse or a difficult delivery. Symptoms include lethargy, vomiting, or a bulging soft spot.

The child may appear irritable or exhibit a general personality change after the bleed occurs. In the case of abuse, the child may immediately lose consciousness. Or the signs may only be fever, headaches or neck stiffness. Parents should also look for dilated pupils, seizures, and vomiting. It is possible to survive a subdural hematoma, but the chance of a full recovery is rare. There is typically always some type of irreversible brain damage due to the severity of the bleed.

This type of IVH happens after birth trauma and affects the veins and membranes that surround the brain of the infant. The subarachnoid space serves as a protective, cushion-like area between the actual brain and the tissues that surround it. A subarachnoid hematoma generally causes seizures within the first two days of the trauma. Other signs may be a stiff neck or a general sense of lethargy.

Bleeds can be detected via CT scan, though it’s possible the doctor will also do a lumbar puncture to ensure there is no meningitis. In addition to a difficult delivery, a subarachnoid hematoma may also be caused by child abuse, such as shaken baby syndrome. Time is of the essence if you see any type of signs that may point to this condition.

The brain can absorb a certain amount of force during a head trauma. However, when the brain can’t handle the impact, an intracerebral hemorrhage can occur. In this case, the bleeding happens between the brain and the skull when blood vessels burst. Lasting damage happens if there is excess bleeding that also contains cerebrospinal fluid. Generally, this will occur in the front part of the temporal lobe or the back part of the frontal lobe in the brain.

It’s unusual to see this type of injury in small children, but it has been known to happen. Unfortunately, the symptoms can be almost nonexistent, and seemingly minor head bumps can cause it. Surgery is often necessary as soon as possible to alleviate the pressure or lasting damage is likely.

How Do These Forms Affect Children With Cerebral Palsy?

IVH is one of several risk factors for cerebral palsy. Each child reacts differently to each condition, and effects are generally dependent on the severity of the bleed, the force of the trauma, and the amount of time it takes to get the child proper medical attention. The more damage to the arteries, ventricles, or veins, the more likely it is that the child will develop more severe cerebral palsy symptoms.