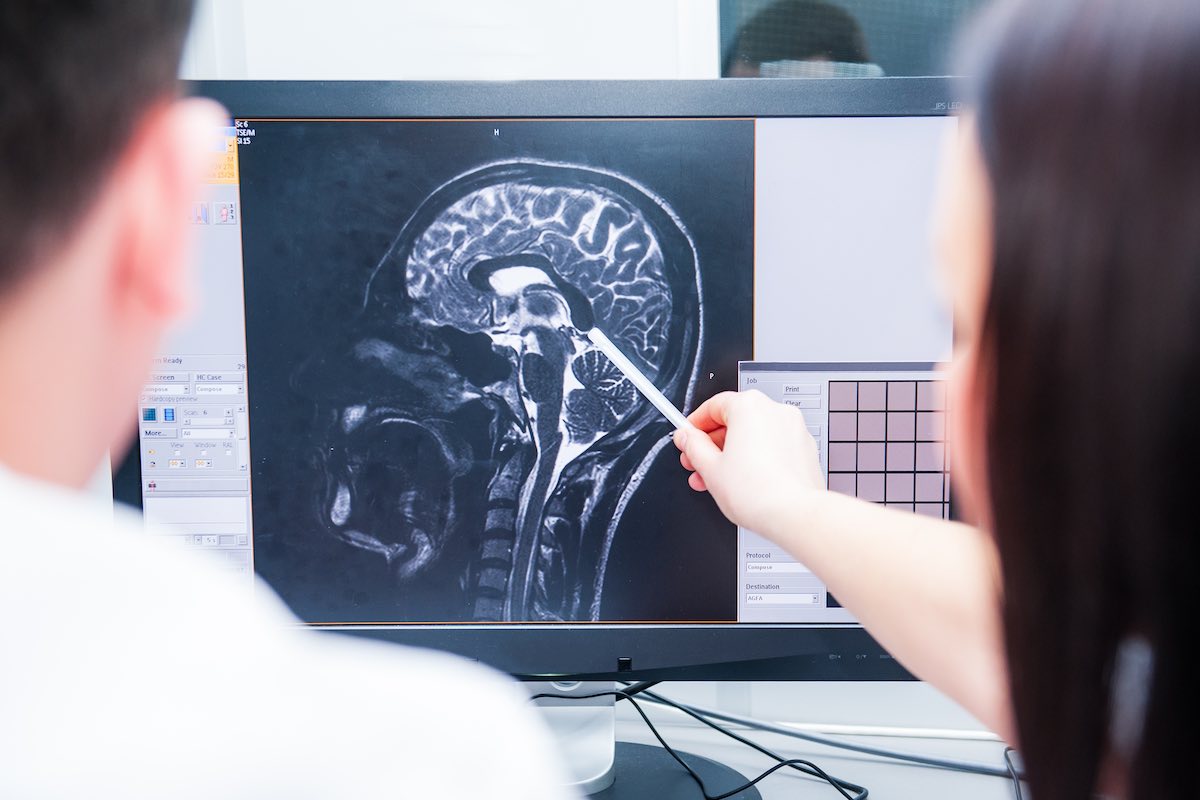 Periventricular white matter in the brain contains cells that control a variety of mental and physical actions. This space is occupied with fibers that connect different parts of the brain and spinal cord together. This connection allows the body to move fluidly. It also helps the mind stay sharp during stressful situations and everyday tasks.

White matter also contains myelin. This protective material keeps the fibers safe. It also gives the space a white coloring and distinguishes it from gray matter.

Periventricular Leukomalacia refers to the damage and cell death in the tissues of the white matter. The destruction or injury to this part of the brain is a strong indicator that a child will develop cerebral palsy. Children affected by this condition may have extreme mental and physical impairments. They may also experience no symptoms at all, depending on the amount and location of cell death.

What Is Periventricular Leukomalacia (PVL)?

PVL is the most common type of brain injury in premature infants. It is caused by some kind of failure of the blood vessels. Periventricular white matter is located on the sides of the top section of the brain. The cells within it control nerve impulses and facilitate communication both within the brain and to different muscle groups. These cells may experience necrosis (death) due to a lack of oxygenated blood reaching the fibers and myelin.

When the cells die, they break down. This leaves space within the white matter that eventually fills with fluid.

When Periventricular Leukomalacia occurs, fluid enters the lateral ventricles (or the empty parts) of the brain. Motor and mental function may begin to break down due to a lack of support from functional white matter. This condition does not necessarily indicate that the infant to had a hemorrhage (bleed in the brain) prior to the death. It also does not necessarily indicate that cysts are present. However, a child with PVL may experience one or both of these issues.

Periventricular Leukomalacia is one of the four major causes of cerebral palsy (CP), and it’s one of the best indicators that a child will develop cerebral palsy. Between 60% and 100% of cases will have some form of CP due to PVL.

This condition is more likely to occur in premature infants, with up to 26% of all cases in the ICU having some form of it. In its most severe form, it can lead to death. Upon autopsy of infants who passed away shortly after birth, it was found that 75% had Periventricular Leukomalacia.

When Does PVL Occur And Why?

PVL generally occurs in the uterus. It can be developed at any point before or even during birth. It can also happen after delivery if the infant is born extremely early and has abnormal blood levels. It is thought that the fetus is most susceptible to PVL between 26 and 34 weeks of the pregnancy, and potentially right before the scheduled delivery date. This is based on both past cases and the physical attributes of the infant during this time in utero.

If the mother contracts an infection or has a flare-up of a pre-existing condition during this time, it can be the turning point for the fetus’ white matter. Infants with the highest risk include those born before 32 weeks with a birth weight lower than 3.3 pounds. Risks increase further if the infant requires a ventilator to breathe.

When a fetus is first developing, it has the cellular matter necessary to transfer blood and cells to different parts of the body. However, this network is fragile. Channels known as anastomoses aren’t fully developed until about 34 weeks into the pregnancy. Once these vascular helpers are securely in place, the child becomes much less likely to be affected by changes in blood pressure or other outside threats.

In addition to fragile networks, when a child is born prematurely, he or she lacks the ability to regulate blood flow. This increases the likelihood that there will be a hemorrhage or an insufficient amount of blood to oxygenate the white matter. The spine, eyes, and ears may be at risk, depending on where exactly the injury originates.

What Are The Risk Factors And Causes Of Periventricular Leukomalacia?

There isn’t a direct cause for PVL. Infants born prematurely and on a ventilator are more at risk if they have the following conditions:

If a child is not born prematurely, other risk factors for PVL may include birth conditions, maternal health, and the infant’s overall development. Specifically:

What Are The Signs And Symptoms Of Periventricular Leukomalacia?

Because white matter plays such a pivotal role in both mental and physical development, PVL can present differently in each child. Upon delivery, it may not even be obvious that there is anything wrong. Symptoms may only become apparent as milestones are missed and characteristic behaviors emerge. Some examples include:

How Is This Condition Diagnosed?

Doctors will need to look at the spaces within the infant’s brain via an ultrasound, CT, or MRI. A cranial ultrasound is painless and allows the doctor to see the brain through the soft openings in the skull’s developing structure. The doctor is either looking for the cysts that suggest the presence of fluid or the spaces that indicate an empty portion of the brain to help with diagnosing the issue. An MRI gives an even clearer picture of what’s happening within the brain and may be used if the doctor needs more details.

Each type of neuroimaging offers its own benefits and challenges, and the doctor may use more than one method to see the extent of the damage. In the first few weeks of life, PVL may not even appear on an ultrasound. It can take up to eight weeks to present. For those infants who were exposed to infection or any other risk factors, they’re typically tested at about a month old.

There is no official cure for this condition as there is no way to restore nerves and myelin to their full capacity. However, early detection may be able to help. When the child is in the womb, there are tests that can determine whether or not the mother has an intrauterine infection.

These results may help the doctors control the negative effects to both the mother and the child. Currently, there is debate as to how much they actually help, but researchers continue to study different methods to properly screen mothers for risks before PVL occurs.

Once a child has been confirmed to have PVL, the symptoms can be managed through behavioral, speech, and physical therapy. He or she may need massage therapy to increase muscle function and flexibility.

The child may be treated for visual or hearing dysfunction as well. The specific types of treatment will vary depending on the amount of time the child spent in the womb, his or her overall strength, and his or her genetic and gestational history. Certain medications or procedures may be off limits to your child depending on the severity of their condition and their tolerance levels for different kinds of symptom management.

Are There Preventative Measures You Can Take?

Any preventative measures are not necessarily specific to PVL. Expectant mothers should avoid exposure to infection when possible, and continue eating the right foods and supplements to fortify the body.

Mothers with major health problems or potential risk factors should also be monitored by doctors. Cocaine use specifically is often associated with PVL, but alcohol, nicotine, or even excessive caffeine may also put your child at risk.

PVL still has a number of factors that remain unclear to even the professionals who specialize in infant brain injuries. However, it continues to gain attention from qualified people dedicated to eliminating it as a way for children to contract CP. Problems in the fetal development stages can be difficult to predict and pinpoint, but medical science continues to advance to teach us more about why this condition occurs and how it can best be prevented.