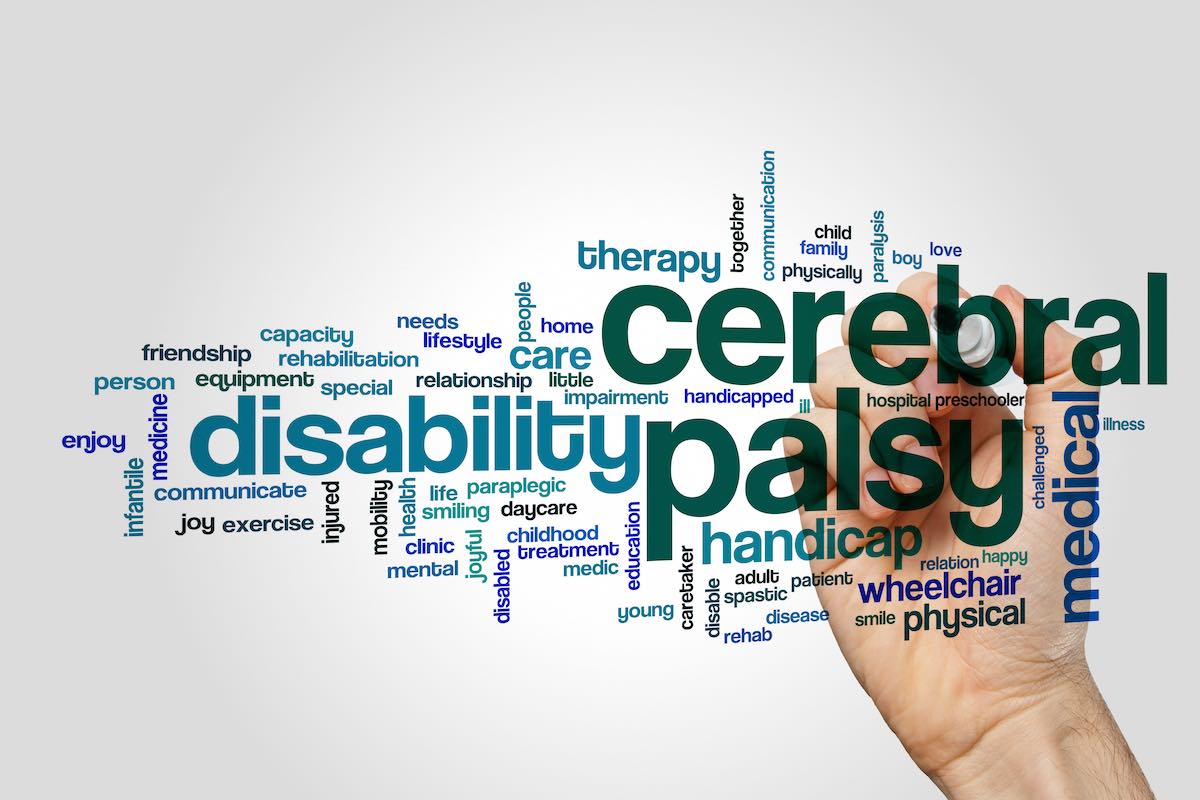 Many myths about cerebral palsy (CP) persist despite enormous advocacy efforts. These myths also put undue stress on parents and other family members of children with CP.

The following list clears up 17 of the most pervasive myths about cerebral palsy:

CP Is A Progressive Condition

This misconception may come from the confusion of CP with certain neurological disorders, such as Tay–Sachs disease, that are degenerative. Those disorders worsen as the patient gets older. In contrast, cerebral palsy symptoms do not generally increase in severity and instead may actually improve over time. Continued research into surgical options and other therapeutic strategies has made the latter scenario more common in recent years.

It is true that some people with cerebral palsy need to be cared for their entire lives through family and caregiver support. However, many adults with CP are independent, while others may still require some help. Adults with CP who live independently may make use of the following strategies:

While children with cerebral palsy are more likely to also have language disorders and hearing impairments, many do not. And, those who do have challenges may overcome them through speech therapy and the use of communication devices.

Children With CP Are Intellectually Disabled

It is important to remember that, while a neurological disorder, CP is fundamentally a problem with motor function. Still, as many as half of children with CP also have some level of cognitive impairment. This ranges from very mild to severe intellectual disability. Children with CP are also more likely than the general population to have learning disabilities — which are distinct from intellectual disabilities.

CP Is The Same For Everyone

CP is actually an umbrella term for a diverse group of neurological disorders that may involve very different symptoms. The four main types of CP are:

And within each is a wide range of symptoms and severities. For example, one child with spastic CP might have trouble controlling a single arm, while another child with the same condition may have quadriplegia with all four limbs severely affected. Your child’s specific needs and challenges will be unique.

Colleges Do Not Accommodate Students With Cerebral Palsy

It is increasingly common for young adults with cerebral palsy to pursue a college education. In the US, colleges that receive federal funding — the vast majority of institutions of higher education — are legally required to make accommodations for all disabled students, including those with CP. Even many colleges that don’t receive federal funding often voluntarily offer assistance to students with CP. Accommodations may include following the recommendations outlined in a student’s Individualized Education Program (IEP), as well as ensuring accessibility to campus facilities.

Having CP won’t prevent your child from receiving a quality education.

Cerebral palsy is caused by damage to the brain before, during, or shortly following a child’s birth. It could also be due to a condition that results in the brain failing to develop properly. This may be mediated by injury, inflammation, or a lack of oxygen. While it’s true that some cases of CP may be caused by medical malpractice, many are not.

COMMON CAUSES OF CP INCLUDE:

FACTORS THAT INCREASE THE RISK FOR CP INCLUDE:

Parenting A Child With CP Is Overwhelming

Raising any child is no easy task, and it’s true that it can become even more difficult for parents of children with disabilities. However, CP can vary in severity and therefore require additional care by parents.

There is a great deal of support available to families of those with cerebral palsy. These resources range from monetary help to moral support and practical guidance. Simply being able to talk to others who know what you’re going through can help.

This means that, while raising a child with CP can be challenging at times, it does not need to be overwhelming.

A Child With Cerebral Palsy Has A Limited Future

It’s true that people with CP have shorter-than-average life expectancies and that some with more severe forms of the disorder may not make it to adulthood. However, many children with CP end up living long, fulfilling lives. Simply having CP does not prevent a person from developing close friendships, finding romance, or accomplishing great things.

People With CP Will Never Have Children Of Their Own

New parents of children with CP may feel disheartened by the possibility of never having grandchildren. The truth is that many adults with CP can and do have children of their own. Cerebral palsy does not generally impact a person’s fertility. Additionally, only a minority of CP cases is caused by genetic disorders, and the condition is not usually hereditary — most adults with CP do not have to worry about passing the condition down to their children.

Some prospective parents with CP may choose to adopt for medical reasons, while others opt to have biological children. While they may be at greater risk for complications, even women with more severe forms of CP can experience successful pregnancies and give birth to healthy children. Others with the condition may decide maternal surrogacy is right for them.

A child With CP Will Never Have A Career

While it’s true that people with disabilities face higher rates of unemployment, many children with CP do grow up to have successful careers. People with CP can be found in almost any field. Successful professionals with CP include actors, scientists, authors, and even athletes. Some, such as pediatric neurologist Janice Brunstrom, go on to help improve the lives of future generations of children with CP.

Children With Cerebral Palsy Can Never Learn To Walk

It’s true that some children with CP will always need to rely on mobility aids, such as wheelchairs or walkers, to get around. However, this is by no means the norm. In fact, over half of people with CP do not require mobility aids at all. While they may walk slowly or with a different gait, children with cerebral palsy may indeed learn to walk independently. Additionally, some people with cerebral palsy aren’t affected by it in their lower limbs and have no trouble walking at all.

People With CP Will Always Have Limited Mobility

Even those who can’t walk aren’t necessarily homebound. Assistive technologies can help wheelchair users stay just as active as independent walkers. For example, modifications to motor vehicles mean that even children who experience paraplegia can learn to drive once they reach their teens. Additionally, more and more communities are investing in accessibility measures, such as curb ramps and wider sidewalks, that ensure people with mobility impairments can freely enjoy the outdoors.

For a long time, medical science believed that CP was untreatable. However, this has not been true for decades. Today, children can benefit from a wide variety of cerebral palsy treatments, ranging from physical therapy to medications for co-occurring conditions. Through these therapeutic interventions, parents may see their children’s symptoms improve over time, sometimes significantly.

While there are methods of managing CP, there is no current way to cure this condition.

However, that doesn’t mean that there will never be a cure for cerebral palsy! The latest research in regenerative medicine and neuroplasticity is quite promising for people living with neurological disorders. Children born with CP today may one day see a true cure for the disorder within their lifetimes.

Cerebral Palsy is the number one childhood motor disability and one of the most common causes of chronic disability in children in general. Cerebral palsy affects as many as 1 in 323 children. If you think you’ve never known someone with CP, you may be wrong; remember that mild cases may go unnoticed in adults.

There Are No Resources For Children With CP And Their Families

As previously stated in debunking myth #8, there is a large network of support systems for parents and caregivers to turn to.

Examples of resources available to you, your child, and the rest of your family include (but are not limited to):

While growing up with CP is often challenging, it’s important for children to know the realities of their disorder; those realities don’t necessarily involve limits on whom they can be and what they can accomplish. Likewise, parents of children with CP may indeed face some hardships, but those are not certain and can often be overcome.